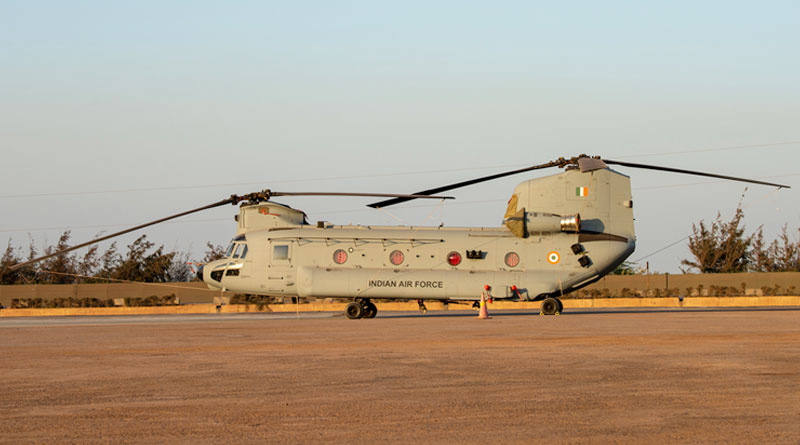 The CH-47F(I) Chinooks arrived at the Mundra Port in Gujarat in February 2019, ahead-of-schedule.  “The induction of the CH-47F(I) Chinooks is an asset to the Indian Air Force’s airlift capabilities,” said Air Chief Marshal B.S. Dhanoa, Chief of Air Staff. “This modern, multi-mission-capable, heavy-lift transport helicopter will enhance our heli-lift capability across all types of terrain to full effect.”

“The CH-47F(I) Chinook will prove to be a significant force multiplier for the Indian Air Force,” said Salil Gupte, president, Boeing India. “We are committed to working closely with the defence forces and government of India to deliver the right value and capabilities,” added Gupte.


“With its advanced capabilities and versatility, we are confident that the CH-47F(I) Chinook will be an important asset to the Indian Air Force,” said Michael Koch, vice president, India, Boeing Defence, Space & Security. “Boeing remains committed to working closely with India to support the modernisation of its armed forces and fulfil the country’s current and future security goals,” added Koch.

The Indian ministry of defence had finalised its order with Boeing for production, training and support of 15 CH-47F(I) Chinook helicopters in September 2015. The other CH-47F(I) will continue to be delivered as per schedule.

The CH-47F is an advanced multi-mission helicopter for the US Army and international defence forces. It contains a fully integrated, digital cockpit management system, Common Aviation Architecture and advanced cargo-handling capabilities that enhance the aircraft’s mission performance and handling characteristics. It is used by the US Army, US Army Reserve, National Guard and by the armed forces of more than 19 countries, including Canada, the United Kingdom, Netherlands, Japan, Italy, Greece, Spain, South Korea, Australia and the United Arab Emirates.