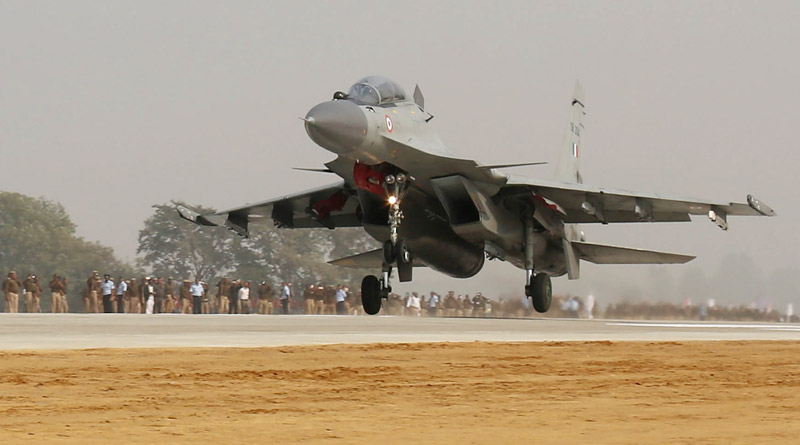 Next year, the IAF may get an indigenously designed bomb to use against high-value targets

Soon, the Indian Air Force could be armed with a new indigenously designed bomb. The Defence Research and Development Organisation developed ‘500-kg General Purpose Bomb’ can possibly be used against high value targets such as docks, airfields, railway yards and fortified bunkers.

According to a senior scientist, design and development of the bomb is complete and that it has be trialled using Jaguar deep penetration strike bombers of the IAF. The scientist pointed out that a few trials were also carried out using the Sukhoi-30 fighter-bomber. He added that more parameters would be evaluated in the coming weeks.


The bomb is the heaviest designed in India so far and DRDO is looking for private partners to commercialise manufacture via technology transfer. The bomb is divided into two main parts – the main part contains the warhead and fuze while the tail unit has a fin assembly to stabilise it after being dropped from an aircraft.

Made of specially forged high-grade steel, the bomb will most probably have Torpex-4B type high explosive in its warhead. The ‘500-kg General Purpose Bomb’ is expected to enter service with the IAF around March or April, 2019.