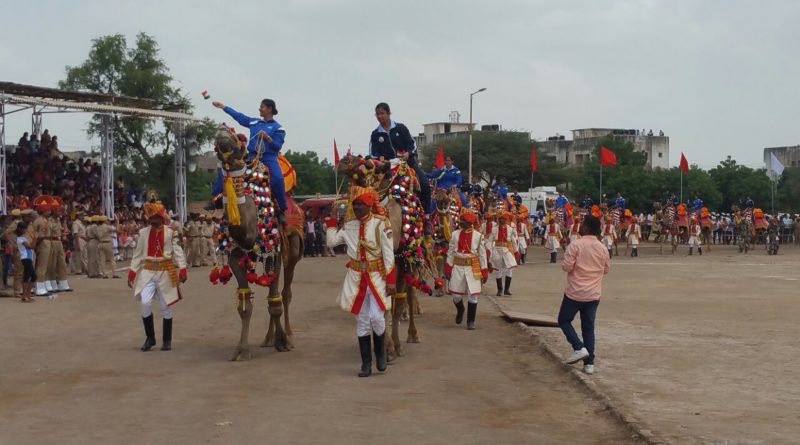 Spreading awareness about ‘Swachh Bharat’ and ‘Beti Bachao, Beti Padhao’ campaigns at the top of the bucket list

New Delhi: Indian Air Force along with the Border Security Force embarked on an all-women camel expedition starting from Utarlai, Rajasthan to Attari, Punjab on August 15. Ten women air warriors of IAF and ten other women personnel from BSF are participating in the journey.

During the expedition, a journey of about 1400 km, the team will interact with civilians with an aim to spread awareness about ‘Swachh Bharat’ and ‘Beti Bachao, Beti Padhao’ campaigns. The BBBP campaign was launched by the Prime Minister Narendra Modi on January 22, 2015 to address the declining child sex ratio (CSR) and related issues of women empowerment over a life-cycle continuum.

The team will also spread awareness about IAF and its role and various career options available for youth, particularly girls, in IAF. The expedition also aims to promote adventure activities in IAF to motivate Indian youth to join Indian Air Force.

Before undertaking the journey, the team underwent training along with BSF personnel in subsidiary training centre of BSF in Jodhpur.

The expedition will conclude on September 30, 2017.

Earlier, in the year 2011, IAF created history by hoisting the tricolour and IAF flag on top of the Everest during the all women Mount Everest expedition.