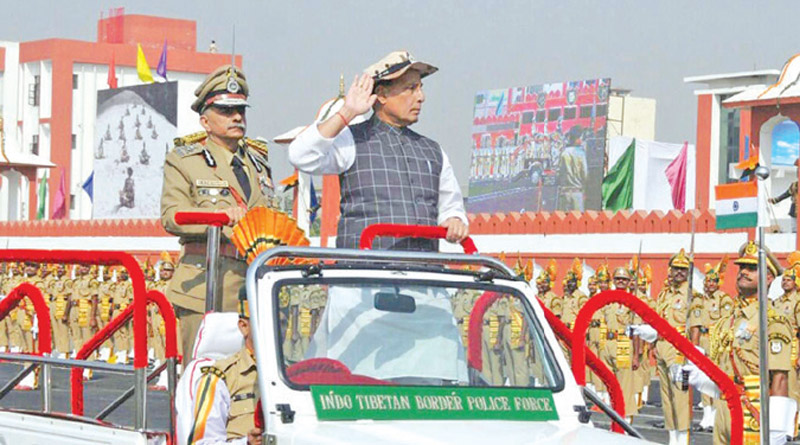 Speaking on the occasion, the minister said that the ITBP jawans have made supreme sacrifices while protecting the border in difficult circumstances at altitudes ranging from 9,000 feet to 18,000 feet. He said that ITBP not only protects Indo-China Border, but also plays a vital role in country’s internal security. The ITBP jawans are deployed in North East and Left-Wing Extremism affected areas also, he added.


Singh said that he has visited the BoPs at Indo-China Border and seen first-hand the ITBP jawans perform their duties in difficult situations and low temperatures of -45 degree Celsius and scarcity of oxygen. He said that is why they are described as ‘Himalya Putra’ or ‘Him Veer’.

He said that after his visits to BOPs it was decided to give better infrastructure facilities at Border out Posts (BoPs). For this the ITBP was provided with the high-powered SUVs, all-terrain vehicles, snow scooters and this has brought a lot of improvement in their operational efficiency.

Different demonstrations were presented after the Parade. Demonstration by ‘Janbaaz’ motorcyclists and a ‘Rifle Magic’ show by ITBP personnel were introduced for the first time. Another show of vehicle disassembling and assembling drill was also conducted in a record time of less than six minutes.