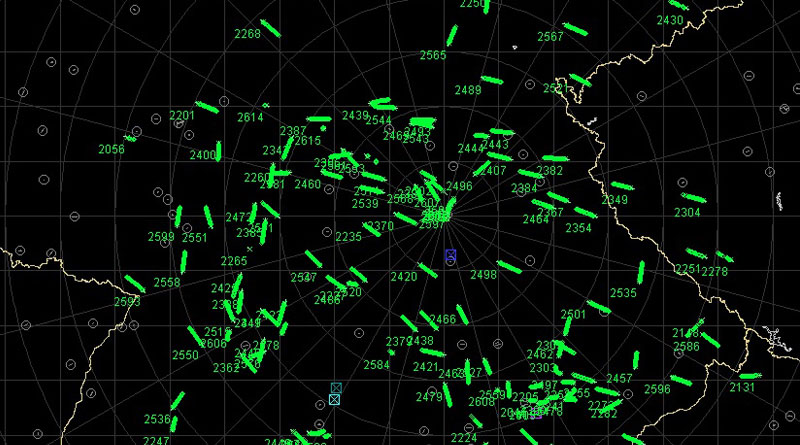 The sensor solutions provider HENSOLDT has demonstrated the capabilities of its ‘Twinvis’ passive radar system when deployed for air traffic control during a comprehensive measurement campaign.

“A passive radar sensor cluster was installed at four sites in South Germany for the tests, from which air traffic above this region could be monitored and tracked in real time. This showed that passive radar systems can track aircraft with sufficient precision in order to be used for air traffic control. The sensors were positioned in Nuremberg, Roth, Erding and Ulm, while the data was processed centrally at HENSOLDT’s Ulm site,” the company said in a statement released on July 29.

Working as mere receivers which don’t emit any radiation, passive radar systems detect aircraft by analysing the signals that they reflect from existing third-party emissions. The Twinvis system excels with a comprehensive overview of the airspace covered, which is obtained by simultaneously analysing a large number of frequency bands. For example, up to 16 FM transmitters (analogue radio) plus 5 frequencies used by several DAB and DAB+ transmitters (digital radio) as well as DVB-T and DVB-T2 (digital, terrestrial television) can be simultaneously analysed for the first time. Furthermore, a new generation of software provides unprecedented performance in terms of range and precision of detection.


In civil applications, passive radar systems make cost-effective air traffic control possible without any additional emissions and without using transmission frequencies, which are in short supply. In military applications, the system enables wide-area surveillance using networked receivers, while offering the advantage that passive radar systems cannot be located by the enemy and are very hard to jam. Moreover, no agreement is required with any other public authority, as there is no radiation, which allows the system to be quickly ready for deployment in new locations and to also be used in urban areas. This results in another advantage of the new technology: the system can be used in places where coverage was previously inadequate, for example, in mountainous regions.

“Twinvis has shown what it can do in several demonstrations to military customers, air traffic control organisations and other interested parties. Two Twinvis demonstrators have already been delivered to potential customers in Europe,” HENSOLDT said.