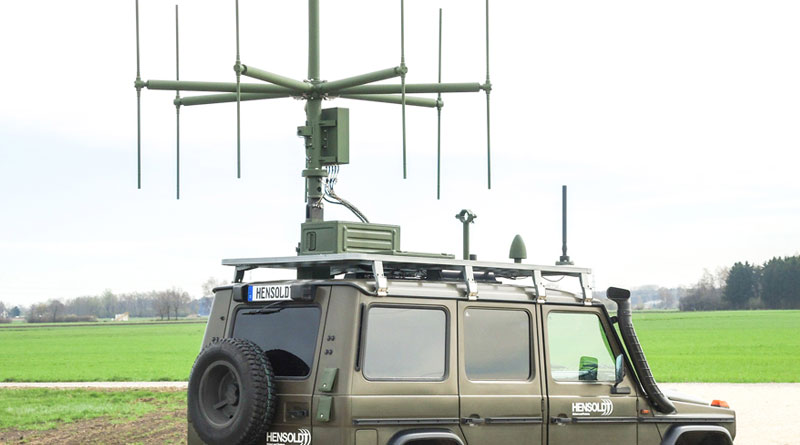 Based on the latest GaN AESA radar, the TRS-4D is available as a single face rotating antenna and in a four fixed-panel configuration, named TRS-4D/FP

For the inaugural DSEI Japan 2019, the sensor solutions provider HENSOLDT will focus on its TRS-4D naval radar family, the company said. “Japan’s need for superior defence technology has never been higher,” says Head of Asia Pacific at HENSOLDT, Nathan Manzi. “HENSOLDT is a global high-tech pioneer in defence and security electronics. Our innovative TRS-4D and Passive Radar are just some examples of HENSOLDT’s sensor capabilities. With TRS-4D and the other products we showcase at DSEI Japan, HENSOLDT is ready to be a true partner in Japan,” he added.

Based on the latest gallium nitride (GaN) Active Electronically-Scanned Array (AESA) radar technology, the TRS-4D naval radar is available as a single face rotating antenna (TRS-4D Rotator) and in a four fixed-panel configuration, named TRS-4D/FP. The Rotator variant adds to the existing rotating TRS-3D model that is already in use with several foreign Navies, including the US Navy, which has adopted the rotating version for its ‘Freedom’ class Littoral Combat Ships (LCS)/frigate warships.


HENSOLDT has been driving AESA technology for many years, resulting in a significant increase of performance and reduced transmitter-receiver (TX-RX) costs. This is evident in the German Navy’s choice of a fixed-face version of the TRS-4D active array radar for its Type F125 frigates. Operating at C-band, it is installed with four fixed antenna panels distributed between the ship’s two masts. The antennae consist of a matrix of small, solid state transmit/receive modules (TRMs), with each TRM capable of generating and radiating its own independent signal. Therefore, the AESA radar is able to emit radar pulses on different frequencies with interleaved pulse streams to carry out several functions simultaneously.

Alongside TRS-4D, HENSOLDT is presenting its “TwInvis” passive radar system during the show. The TwInvis system, which can be integrated into an all-terrain vehicle or a van, does not emit its own signals to monitor air traffic, but simply analyses the echoes of signals from radio or TV stations. Working as mere receivers, passive radar systems detect targets by analysing the signals reflected by them in response to third-party emissions.