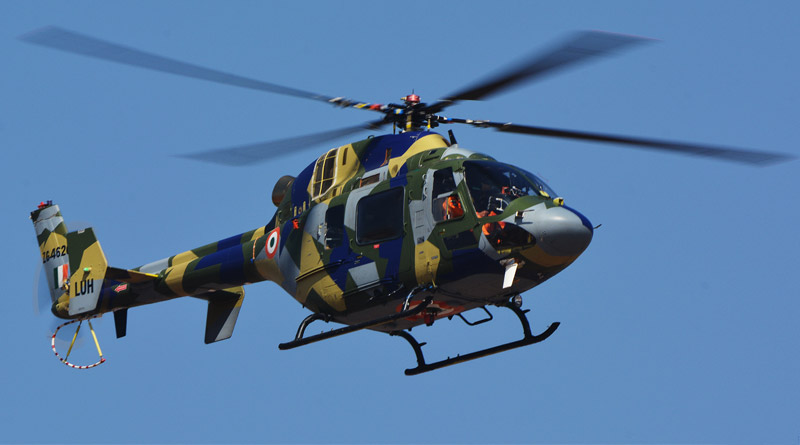 Developed to replace the ageing Cheetah and Chetak helicopters, LUH has 187 orders

“The helicopter exhibited satisfactory performance and handling qualities. With the completion of this milestone, LUH can now undertake high-altitude cold weather trials planned in January 2019,” HAL said in a statement.

Flying at 6 km altitude is a critical requirement towards the certification of LUH, and this represents a significant achievement for the development team at HAL. The helicopter was flown to undergo envelope expansion tests, it has a permitted height limit of 6.5 km.


Being the new generation helicopter, LUH is designed and developed by Rotary Wing Research and Design Centre (RWR&DC) of HAL to replace the ageing Cheetah and Chetak helicopters used by Indian Armed Forces. The LUH’s first prototype, PT-1, first flew on 6 September 2016 and the second prototype flew on 22 May 2017.

Developed indigenously by HAL, having in principal order for 187 LUHs that includes 126 for Indian Army and 61 for IAF, LUH will meet requirements of both military and civil operators. The helicopter with glass cockpit can be deployed for reconnaissance, surveillance roles and as a light transport helicopter.