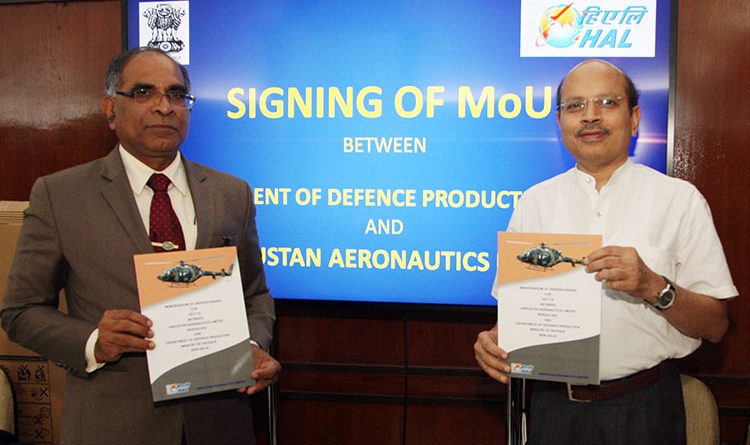 Delhi: Hindustan Aeronautics Limited and India’s Ministry of Defence inked an agreement here in Delhi on July 11. The Memorandum of Understanding (MoU) for the financial year 2017-18 was signed between Secretary, Department of Defence Production, Ashok Kumar Gupta and CMD-HAL T Suvarna Raju.

The revenue targeted at from the operations under this MoU, which outlines HAL’s various performance parameters, is said to be INR 17,900 crores, the highest so far.

According to an official handout issued to this organization, the company has also laid specific emphasis on capacity building, modernization, solar power plants, aiming to achieve capital expenditure of Rs.1300 crores.

Moreover, the clearance by DGCA for civil version of Do-228 aircraft, Jaguar DARIN-III upgrade and Mirage 2000 upgrade are among HAL’s important milestones to be achieved.