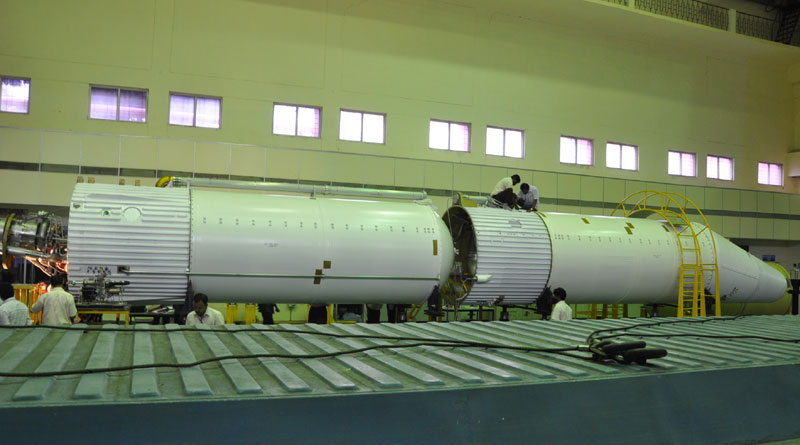 According to the official press release, “This L-40 stage is meant for GSLV MKII- F12 Flight planned by ISRO in August 2020.The Aerospace Division of HAL has so far integrated and supplied L-40 stages for 12 flights of GSLV MKII including the GSLV MKII F10 flight planned in the first week of March 2020.”


Apart from the Integrated L-40 stages, HAL is manufacturing the riveted structures, propellant tanks, feed lines of PSLV, GSLV MKII and GSLV MKIII launch vehicles and structures of various satellites for ISRO. HAL is one of the most reliable partners of ISRO for the past three decades and has contributed and participated in almost all of ISRO’s ambitious projects namely Chandrayaan-I, Chandrayaan-II, Mangalyaan and upcoming projects like Gaganyaan.