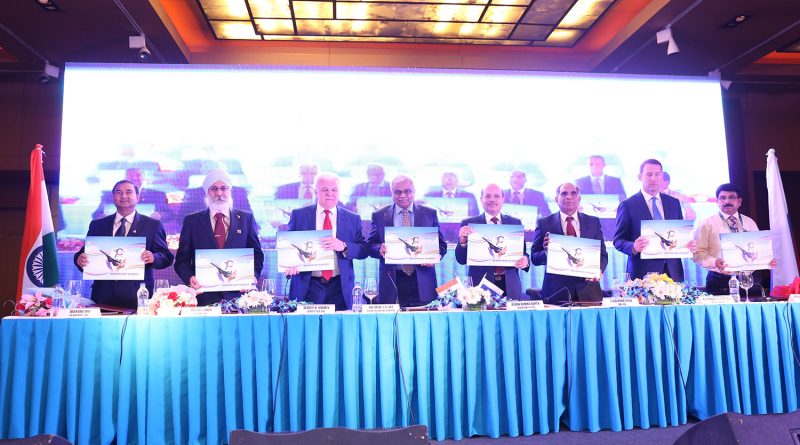 The AL31FP engine powers Su30 MKI and is manufactured from raw material stage.

The 50th AL31FP engine, manufactured from raw materials by Sukhoi Engine Division of HAL (Koraput) was handed over to IAF in Delhi on October 23 as part of celebrations of 70th year of India Russia diplomatic relationship.

“The AL31FP engine powers Su30 MKI and is manufactured from raw material stage. All the components, including heavy forgings are manufactured at HAL”, said CMD, HAL, T. Suvarna Raju. He handed over the documents related to the 50th Raw Material Phase Engine of Su-30MKI to Air Marshal S.B. Deo, VCAS.


A Coffee Table Book was also released on this occasion by Secretary (DP), A. K. Gupta to commemorate 70 years of cooperation between HAL and Russian companies to protect the Indian sky. Speaking on the occasion Gupta pointed out the whole hearted support India has been receiving for the Russian platforms and said such a support is important in strengthening the bilateral ties.

The AL31FP engine  is a twin spool, axial flow, low bypass turbo fan engine incorporating After Burner System, variable area Jet Nozzle with thrust vectoring, air-to-air heat exchanger, anti-surge system. A specific feature of AL-31FP is an axi-symmetric vectoring nozzle with a thrust vector angle of ±15° in the vertical plane providing super maneuverability of the aircraft. The vectoring nozzle control is integrated with the engine control system. The AL-31FP engines ensure stable operation in all available evolutions of the aircraft in super maneuverability modes. Till date 357 engines are manufactured which includes engines of phase I to phase V.