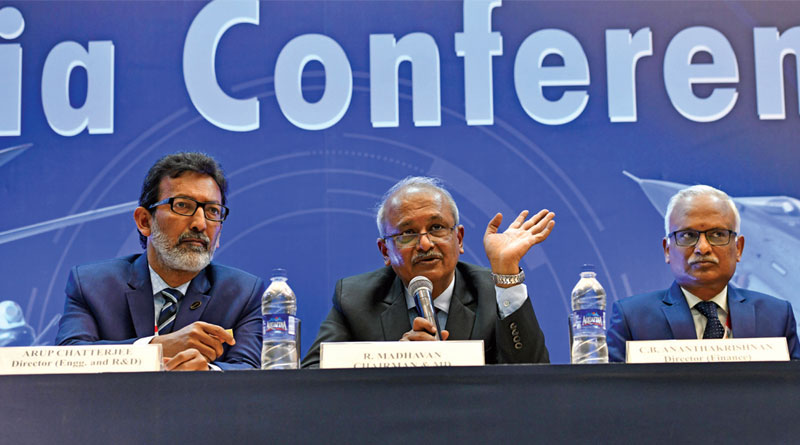 The ambitious programme has a long way to go

Yelahanka: In a press interaction on February 3, Chairman and Managing Director, Hindustan Aeronautics Ltd, R. Madhavan said that Combat Air Teaming System (CATS) Warrior will be ready in the next four to five years. He added that it will further be integrated with the mothership, which will be a manned fighter aircraft, for instance Tejas or Jaguar. According to Madhavan, “We will be ready to fly it in four-five years’ time and have put in Rs 400 crore of our own money on the project.”

The timeline looks extremely ambitious since the project is at preliminary design phase, waiting for the user (Indian Air Force) to accept it so that detailed design phase could begin. There are numerous technologies concerning autonomy and datalinks, which need to be decided with the user onboard.


The Warrior drone is a part of CATS which will operate with the Tejas aircraft, defending as well performing combat duties along with the fighter. The project is in its nascent stages, with HAL working on the design, development and integration of key subsystems of Warrior. The CATS is a combination of manned and unmanned aircraft. This system will be capable of going deep into the enemy territory and launching an attack.

Engg and R&D, HAL, Arup Chatterjee, during the briefing said that CATS was HAL’s dream project and that it was the future of the DPSU.

During the media interaction, Madhavan announced that the IAF today floated an RFP for the acquisition of HTT 40 basic trainers to HAL. The RFP is for 70 aircraft with additional clause for 38 more. The trainer will come with 60 per cent of indigenous content and will be produced at HAL’s two manufacturing units in Bangalore and Nashik. This trainer will have 60 per cent indigenous content.

Regarding the Multirole Fighter Aircraft (MRFA) programme under which 114 fighters will be procured, Madhavan clarified that the procurement of LCA variants was not related to the MRFA programme.