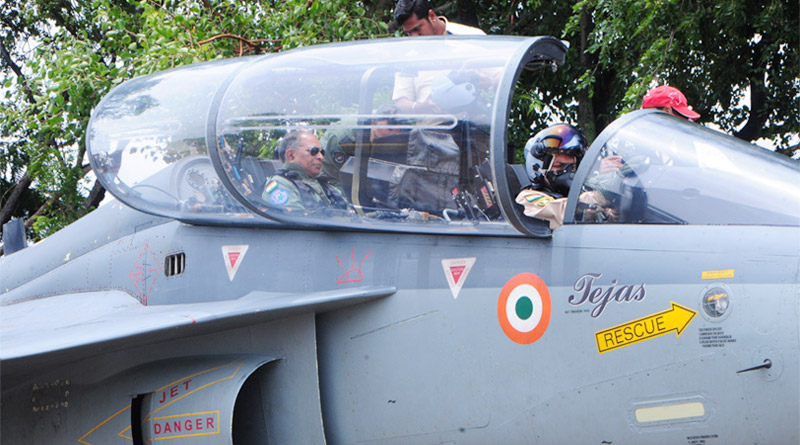 The aircraft not only showcased it’s manoeuvrability but also demonstrated a simulated launch of a beyond visual range missile.

Showcasing it’s manoeuvrability, the aircraft climbed to 30,000 feet and accelerated to supersonic speed of 1.1 Mach. This was followed by a simulated launch of Beyond Visual Range missile on a target of opportunity, said Raju after the sortie. It is a wonderful flying machine, capable of being the backbone of IAF combat power in the years to come, he adds.

HAL has ramped up the production rate to meet the requirement of IAF in association with other industrial partners in order to ensure the speedy deliveries of LCAs. HAL is in talks with IAF for production of 83 more LCAs with upgraded capabilities known as Tejas Mk 1A.

Raju reiterated that as one of the biggest aircraft production houses in Asia, HAL is committed to constantly improve its products to meet the national security requirements.