India-Israel ties are going from strength to strength 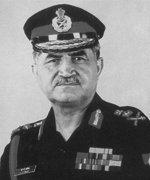 Not many people would know that in the wake of the India-China war in 1962, Israel had helped us with 81mm and 120mm mortars and pack howitzer artillery guns with ammunition, when desperately required by us. Or that in mid Sixties, General David Shaltiel, Chief of the Israeli Army, had visited India. In 1967, India reciprocated by sending spares for Israeli Mystere and Ouragon aircraft and AMX-13 tanks.

Indo-Israeli military relations between the two countries those days were more covert than overt. There were many reasons, but primarily to avoid upsetting India’s relations with Arab and other Muslim countries. The government in India wanted to continue that way but after mid-Nineties, media in India and abroad started reporting about it, though not extensively.

After 1996, several defence officers from India visited Israel. But none of these visits created as much furore among Arab nations as my official visit to Israel on 8–11 March 1998. Mine was the first ‘goodwill mission’ by a Chief of Army Staff from India, ‘to reciprocate Israeli General David Shaltiel’s visit to India in 1967’. The invite came from General Lipkin-Shahak, then Chief of the Israeli Army. By then, Wing Commander N.A.K. Brown (who later became the Chief of the Air Staff) had assumed office as India’s first defence attaché in Israel.

The primary objectives of my visit were: to understand Israeli Defence Forces (IDF) organisations, training and its anti-infiltration measures along its border with Lebanon, learn how the Israelis had developed their first-rate defence industry, and consider the scope of future defence cooperation between our two nations.

The schedule worked out by the IDF, in consultation with our defence attaché, was tough, devoid of any ceremonials except for a small guard of honour where General Lipkin-Shahak and I took the salute together. The IDF would take me out early morning every day to visit military establishments, border areas, or to witness field demonstrations of their new equipment. They would bring me back less than an hour before an official dinner. The Israeli officials were extremely friendly and forthcoming on whatever I wanted to learn.

The visit started with a cautionary message from New Delhi. On the very first day, our ambassador in Tel Aviv, Ranjan Mathai (later, foreign secretary of India) and I were informed that the Arab League nations had made a strong protest to our government over my visit to Israel. We should, therefore, avoid any controversies. We informed the ministry of external affairs (MEA) that I will not make ground visits to the Israeli-occupied areas of Lebanon, or Golan Heights which overlooked Syria. We flew over these areas in a helicopter.

The Israelis took me to the IDF Northern and Southern Commands. I interacted with their commanders and soldiers in the field and saw the hi-tech anti-infiltration systems and innovative tactics that had made the comparatively short Israel-Lebanon border safe from infiltrators. At the IDF training school, I was briefed on their facilities and training schedules. A remarkable demonstration was given by their 65 tonne Merkava tank crews. Most of the tank gunnery instructors were young women. Some were tank drivers. We also watched demonstrations of the Unmanned Airborne Vehicle (UAV) Searcher-2 (by now we had decided to buy UAVs from Israel), Thermal Imaging Stand Alone Systems (TISAS), hand-held thermal imagers, Long-Range Reconnaissance and Observation Systems (LORROS), night vision devices and artillery radars.

I called on the Israeli defence minister, Yitzhak Mordecai in Jerusalem, and also addressed the Israeli National Defence College in Tel Aviv.

What impressed me most about the IDF was the highly professional, informal but ‘no nonsense’ conduct of its men and women soldiers in the headquarters and the field. There were no protocols – only simple functionality. The best example that I can give is how my wife was conducted to visit IDF families, medical establishments and other places of interest. There were no helicopter rides or armed escorts for her. She would be taken in a car by a major (lady), an English-speaking driver-cum-guide, and a young photographer. En route, they would eat or drink at the same table. When walking, they would carry their own plastic water bottles.


My team and I went to many industrial establishments manufacturing artillery guns, communications, surveillance and other military equipment. No amount of reading or information could have substituted for the insights that I got during this visit. It was evident that the Israeli defence industry had acquired excellent capability in electronics and also developed a formidable ability to upgrade any old weapon system.

When Kargil war broke out next year, we asked the government of Israel to expedite delivery of UAV Searcher-1, for which orders had already been placed. The UAVs arrived in good time. However, during the trial runs in Rajasthan, one UAV was severally damaged. We realised that our UAV crews were not adequately trained to make use of them in combat. I sent urgent request to General Lipkin-Shahak and the manufacturer Israel Air Industries for some UAV teams to train our crews in India. Both of them responded promptly. We also placed urgent demands for the supply of some ammunition and satellite pictures. This too was accepted. The Israeli equipment, UAV training teams, required ammunition, and satellite pictures arrived while the war was still on.

Eighteen years after the Kargil war, I still believe that there is considerable scope for Indo-Israel defence collaboration in our ‘Make in India’ programme.