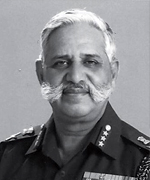 According to a news report in the Times of India dated March 25, the Indian National Defence University (INDU) will start its first academic session from 2015-16. This is indeed a welcome development.

The idea to have an institution to synthesise all concepts and views on security and strategy germinated after the wars in 1962 and 1965, and was reinforced in 1980 by the Sethna Committee. The Vajpayee government in 1999 set up the Kargil Review Committee that recommended the establishment of a National Defence University.

Having studied the US and Chinese models, the University was conceived as a creative institution that would galvanise the study, teaching and practice of national security and strategic thinking in India. The idea was to establish an interface between the political leadership, the civil and defence services leadership, and experts with domain knowledge to address the Indian security management system.

It took a decade before the Cabinet in 2010 finally approved to set up an autonomous defence university. Nearly 200 acres of land was acquired for establishing the university. Former Prime Minister Manmohan Singh laid the foundation stone in Binola, Gurgaon on 23 May 2013.

The university will be instituted by an Act of Parliament with President of India as the visitor and defence minister as the chancellor. An officer of the rank of a Lieutenant General or equivalent from the army, navy or air force, selected on merit, would be the Vice Chancellor. The faculty shall comprise a team of defence service officers and a civilian faculty comprising civil services, diplomats, academics and strategic experts.

INDU will provide orientation and guidance to existing training establishments, colleges and academies such as the National Defence College, the College of Defence Management, the Defence Services Staff College and the National Defence Academy to start with, without diluting their powers or autonomy. These institutions will continue to function in the existing administrative set up and shall enjoy the same powers and academic freedom. Four newly created colleges and institutions are also likely to be established at the main campus. These are the National College of Defence Studies, Indian Institute of Defence Technology, Indian Institute of Defence Management and the Defence Institute of Distance and Open Learning. The University will offer post graduate studies and doctoral/ post-doctoral research. INDU will provide for holistic study of defence and strategic security challenges and two-third of students would be from the armed forces, whereas one-third would be drawn from other government agencies, police as well as include civilians. The university aims to provide to the military leadership and civilian officials, a knowledge-based higher education for management of security. INDU will try to create synergy between the academic community and government functionaries. It would attempt to integrate the academic community, defence forces, central armed police forces, intelligence agencies and the bureaucracy in strategic policy-making.


The objective of INDU is not to replicate the NDU of the United States or the Chatham House in the UK. It is advisable, however, to study and adopt best practices to suit the Indian environment and needs. Dr Gautam Sen, an academic of repute, rightly articulates that INDU cannot guarantee that all wisdom will flow out from its portal nor can it be a repository of all knowledge. At best, it can be a facilitator.

Detailed modalities of INDU including its curriculum, time schedules, and staffing patterns are under process and refinement at Integrated Defence Staff Headquarters (HQ IDS). The curriculum would essentially be subject to oversight and review. There would be an independent audit of the professional work at INDU to maintain and uphold the highest standard of quality work.

Currently, only a project management team has been organised to initiate proceedings and integrate the affiliated institutions. It will also be responsible for the infrastructure development of the campus at Gurgaon. Needless to mention that it will take at least half a decade or so before INDU gets fully operationalised in its permanent location, provided the budgetary support is continually forthcoming. The critical trigger to start the university session in 2015, however, is still elusive — passing of the INDU Act by Parliament. It was to be tabled in the current budget session. Let us wait and watch!

The powers that are responsible for implementation (HQ IDS) must not restrict the role of INDU to only the military and defence fields but ensure it encompasses matters strategic and national security. In its final outcome, the university should create a national, strategic culture across the board in government, academia, diplomacy and defence services, capable of jointness in thinking and action.