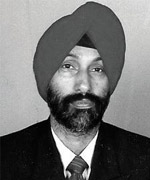 On 1 November 2016, the Army Aviation Corps completed 30 years of its existence since its formation on 1 November 1986. However, at the end of these 30 years it continues to fly the outdated, vintage and unsafe fleet of Cheetah/Chetak helicopters, is faced with a muddled and confused government policy on ownership of Attack Helicopters (AH), has been denied its legitimate requirements of medium and heavy lift helicopters to enhance tactical lift, special operations and logistics capability and of course, to even think of acquiring fixed wing aircraft for its communication requirements seems a distant dream.

A decade back the army had even processed a case for acquisition of a 10-12 tonne class of helicopter for its special operations aviation units, calling it the ‘Tactical Battle Support Helicopter (TBSH)’ with the active involvement of the Hindustan Aeronautics Limited (HAL). However, this project also did not see the light of day due to intricate turf wars within the armed forces. It was though heartening to see HAL display a mock-up of the 10-12 tonne class multi-role helicopter during Aero India 2017 in February this year. But its development in the near future remains a question mark.

The present trend and growth trajectory of the army’s air arm leaves one wondering whether it is truly on the path to becoming the Indian Army’s ‘mini air force’ as some in the print media and outside would have us believe. The only positive development in the Army Aviation’s growth plan has been the induction of the HAL made ALH-Dhruv helicopters. The army already has an inventory of approximately 80 Dhruvs and this fleet is expected to expand in the coming years.

It will be worthwhile to point out here that all major armies of the world have a suitably equipped and operationally potent air arm (Army Aviation Corps), which have in their inventory not only all types and class of helicopters to include attack, medium and heavy lift, but also fixed wing aircraft for communications and logistics.

In fact, both our adversaries China and Pakistan have a very potent and effective air arm of their respective armies. The Pakistan Army Aviation has in its inventory the likes of MI-17 and Chinook helicopters in the medium/ heavy lift category and the MI-25/MI-35 and Huey Cobras AH — as per reports Pakistan has also acquired the Chinese Z 10 state-of-the-art AH which has only recently been inducted into the Chinese army aviation.

Closer home, the two Paramilitary organisations in our country, the Border Security Force (BSF) and the Coast Guard also have their own air wings, with their inventory consisting of the HAL manufactured ALH, the MI-17V5 (latest version of Russian MI-17 helicopters recently inducted into the air force in large numbers – approximately 180) and the SeaKing multirole helicopters (in service with the navy) as well as the Dornier class fixed wing aircraft. This certainly leaves one wondering why the 1.3 million strong Indian Army, the third largest in the world, is still fighting turf battles and justifying its requirement to suitably equip and arm its air arm, in order to exploit its full potential in future conflicts. 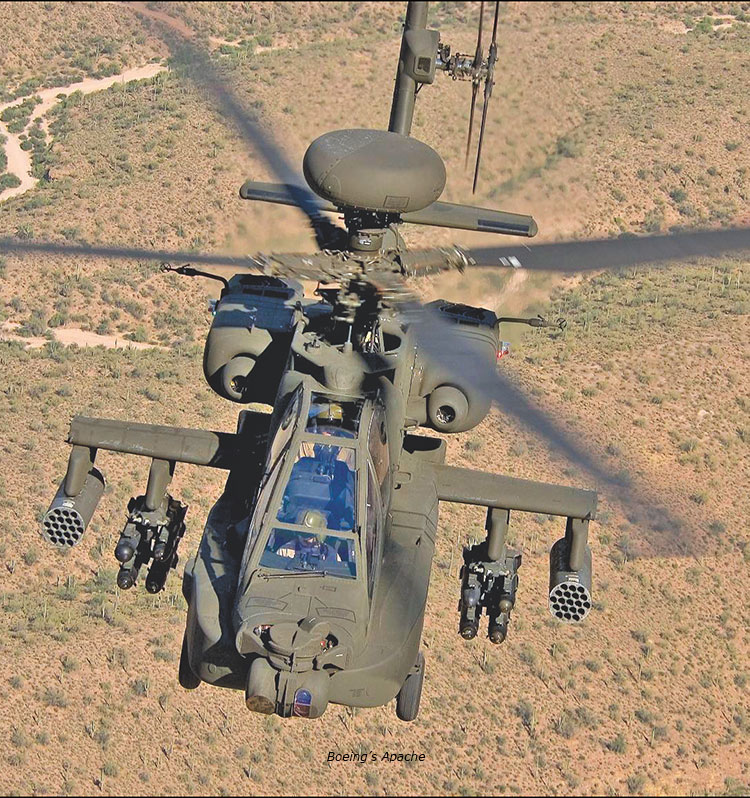 Army’s Case for Apaches
The current debate on the ownership and employment of AH has been triggered after government’s approval for army’s requirement of Apache AH for its Strike Corps in the DAC meeting held on 20 May 2017; however, this story goes far back. The case for inclusion of AH to be part and parcel of army dates back to 1963 when Gen JN Chaudhary, the then COAS stressed the requirement for a separate air wing for the army. He emphasised that efforts at increasing the fire power and mobility of the army would not be complete without an integral aviation element comprising light, medium, heavy as well as armed/attack helicopters.

Finally, after vacillating for decades, it was on 12 October 2012 that the government took the call on the crucial issue of the ownership and operations of AH. The government order clearly stipulated that the entire AH fleet will be owned, operated and maintained by the army. Though late in coming, the decision was a welcome step and is expected to have a major impact on war fighting in the Tactical Battle Area (TBA). This lethal weapon system as part of the army’s inventory is expected to greatly enhance its capability, making it a battle-winning factor in any future conflict.

As a consequence of this decision it was assumed that the 22 Apache AH-64D Longbow AH being procured from the US by the air force, were to be part of army aviation inventory. This assumption was based on the basic premise that the two units of MI-25/MI-35 AH presently held with the air force and being replaced with Apaches, are army assets and are also operationally controlled by the army — in fact, a few army aviation pilots are also posted to these units.


It, therefore, came as a complete surprise to the army when the previous government reneged on its earlier order defying operational logic and stated that the 22 Apaches being acquired would remain with the air force due to the acquisition process having been already set into motion — the army’s suggestion and recommendation to the government to share these assets 50:50 did not make any headway due to stonewalling by air force.

However, to the credit of the government, keeping in mind the operational requirements of the army, it gave an in principle approval for 39 Apaches for its Strike Corps. It is with this background that the current approval for the army to acquire Apache helicopters needs to be viewed. As per reports the DAC has initially cleared the acquisition of 11 Apache AH under the repeat order option clause. The army is in a hurry to speed up the process as the option clause can only be exercised till September end of this year.

Why Attack Helicopters for the Army
The primary mission of army aviation is to fight the land battle and support ground operations, operating in the TBA as a combined arms team expanding the ground commander’s battlefield in space and time. Its battlefield leverage is achieved through a combination of reconnaissance, mobility and fire power that is unprecedented in land warfare.

Its greatest contribution to battlefield success is the ability it gives the commander to apply decisive combat power at critical times virtually anywhere on the battlefield, in the form of direct fire from aviation manoeuvre units (attack/armed helicopters) or insertion of overwhelming ground forces at the point of decision (utility/lift helicopters). The assets required for the above manoeuvre, the attack and assault helicopters must be at the beck and call of the field force commander and also piloted by men in olive green who fully understand the ground situation. This will ensure optimum utilisation of the battle-winning resource. This has been the basic rationale on which the army’s case for ownership of these assets rests.

Unlike the air force, the army aviation units and helicopters are located closer to their operational areas and along with the formations affiliated to, especially at the Corps level. During war these units will require to operate from forward composite aviation bases, catering for security, maintenance, fueling and arming facilities. The employment philosophy dictates the need to develop organisations that enhance aviation capabilities to support the concept of operations of field commanders and be tailored to meet the evolving operational requirements – hence, the concept of Aviation Brigade with each Corps and not Bases as in the case of air force.

With the Indian Army’s Doctrine of ‘cold start’ or the ‘proactive strategy’ as the government would like to call it, which is Pak centric, restructuring has been done of the Pivot Corps to enable quick and immediate action within 48-72 hours by using the integral assets at the Corps level. For this the resources required (including attack helicopters) must be at the beck and call of the field force commander – the present arrangement of these assets ownership with the air force and operational control with army is not satisfactory. Nowhere in the world such an absurd arrangement exists.

The army is already in the process of inducting the armed version of the ALH called ‘Rudra’ developed by the HAL with a unit currently under raising. Though not a typical AH, it has an array of comparable weapon systems to include gun, rockets, air-to-air, and air-to-ground missiles (ATGM). The Rudra units are to form part of the Holding/Pivot Corps constituting a formidable offensive punch to the field force commander.

Further the LCH developed by the HAL is expected to be a milestone achievement. The LCH aims to gatecrash the exclusive club of the state-of-the-art light attack helicopters, which includes Eurocopters Tiger, Bells AH 1Z Super Cobra and China’s Zhisheng 10 (Z-10). The LCH is a derivative of the ALH and the Rudra and is being designed to fit into an anti-infantry and anti-armour role with capability to operate at high altitudes (16,000 feet), a distinct advantage over other attack helicopters-the helicopter is expected to enter service by 2017. The LCH units will be the main punch of the manoeuvre force commander and will be inducted into the Army Aviation Corps and operate in support of ground forces both in the plains and mountains-initial clearance for five LCH for the army has already been given by the government.

Conclusion
For dominating the tactical battle space of the 21st century, the roles that army aviation needs to perform in support of land battle requires equipment, personnel, aircrew and organisations that enhance the overall goal and capability of the land forces commander. The need is for dedicated aircrew who are not only proficient in flying but are associated full time with army manoeuvres, operational thinking and ground tactics, as well as spend time in the field. The present structure is not suited for the short, swift and limited wars envisaged in the future.

While the transformation process has been set into motion by the government’s decision to transfer AH to the army, a lot still needs to be done on the issue of the ownership of the lift/utility component of helicopters. Experience of other nations clearly illustrates that each service needs a viable integral aviation component for it to retain the capacity to include air encounters as part of its personal armoury.