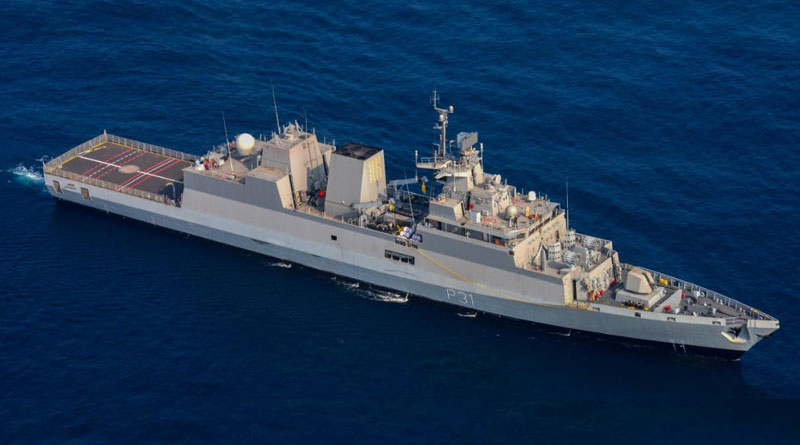 The ship is the 104th Warship built and delivered by GRSE since its inception in 1960 and is the last in the Series of four Anti-Submarine Warfare Corvettes (ASWC) under Project 28.

The first three ships of the series, INS Kamorta, INS Kadmatt & INS Kiltan were delivered earlier and now form an integral part of Eastern Fleet of the Indian Navy.

The three ASWC have participated in several Overseas Operations and International Maritime Exhibitions at Malaysia, Singapore and other countries including International Fleet Reviews.

The ships under Project 28 are equipped to fight Nuclear, Biological and Chemical Warfare conditions, featuring the integration of a host of weapons and sensors. These ships are 90 percent indigenous.


The “X” form of the hull and superstructure gives Low Radar Cross Section.  special design of propulsion system minimizes Radiated Underwater Noise. The stealth features make the ships almost invisible to the enemy both above and below the sea surface.

Special High Strength Warship Grade Steel Type DMR 249A which is indigenously developed has been used for shipbuilding for the first time in the country on these ships.