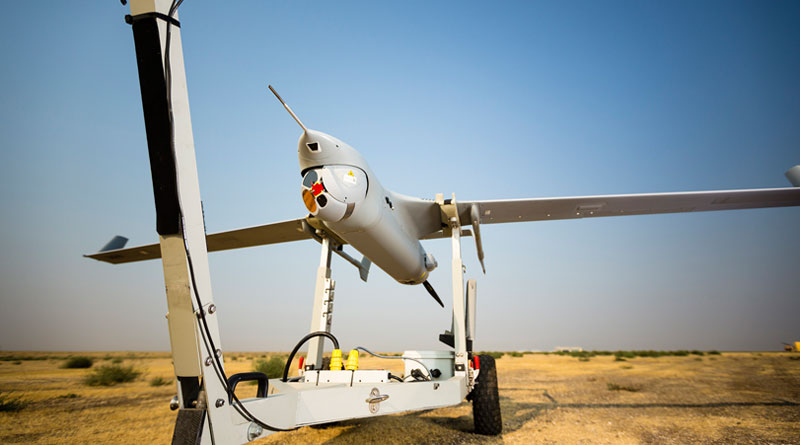 As the modernisation-driven procurements of the government branch out into the possibility of acquiring unmanned aerial platforms (UAPs), companies like Boeing’s Australia-based subsidiary, Insitu, bring some exciting propositions to the table.

Insitu Pacific, a fully-owned subsidiary of Boeing, is now offering its Integrator UAP to the Indian armed forces. This combat-proven platform has not only seen thousands of successful combat hours but also has a multitude of successful intelligence, surveillance, and reconnaissance (ISR) missions under its belt. The Integrator is a twin-boom, single-engine, monoplane that is developed specifically for long endurance ISR missions. The platform is now named the RQ-21 Blackjack and was initially designed to meet the US Navy’s requirement for a small tactical unmanned air system (STUAS). This UAP been in service with US armed forces since 2004.

With various instances of intrusions and attacks in India in the last two decades, effective maritime and border surveillance via UAPs becomes all the more enticing considering just how vast the country’s land and coastal borders are. What makes these systems even more alluring is the fact that they are extremely cost-effective when compared to traditional methods of surveillance both over land or at sea.


According to Boeing’s acting managing director, Boeing Defence India, vice president, India, Boeing Defence, Space & Security, Michael Koch, Boeing is now working with Tata to make a fully indigenous Integrator for the Indian armed forces. While Boeing had teased the idea of a ‘Make-in-India’ Integrator back in 2016, it finally seems to be materialising now that Boeing has announced its intentions to co-produce the UAP with Tata. The Integrator UAP can give a significant fillip to the ISR capabilities of the Indian maritime security agencies and forces deployed on borders to prevent terrorist infiltrations. Since the Integrator platform is designed for long-endurance heavy-payload flights, it can effectively detect instances of intrusions over land and sea.

According to Boeing, the Integrator is ‘virtually undetectable’ and is able to deliver persistent imagery on land or at sea. Since Integrator is a long-endurance platform, it can keep continuous surveillance day and night. It has an empty structure weight of 36kg and a maximum take-off weight of 61 kg including fuel. It has a maximum speed of 90 knots with a service ceiling of over 20,000 ft. The platform has a reconfigurable payload bays and maintains the same long endurance, modular construction and small system footprint of Boeing’s ScanEagle UAP. The Integrator has a line-of-sight communications range of over 55 nautical miles (nm) and the range can be extended to 100 nm with a communications relay payload and to 550 nm with configuration for beyond-line-of-sight operations.

With night vision and dual imaging capabilities, the Integrator, while observing land areas, can even read a car’s licence number plates and see the driver sitting inside. The same robust and precise surveillance capabilities extend to observing coastal areas as well. Hence, these UAPs have been found to be very effective in keeping a close watch over borders and coastal areas to prevent any intrusions.