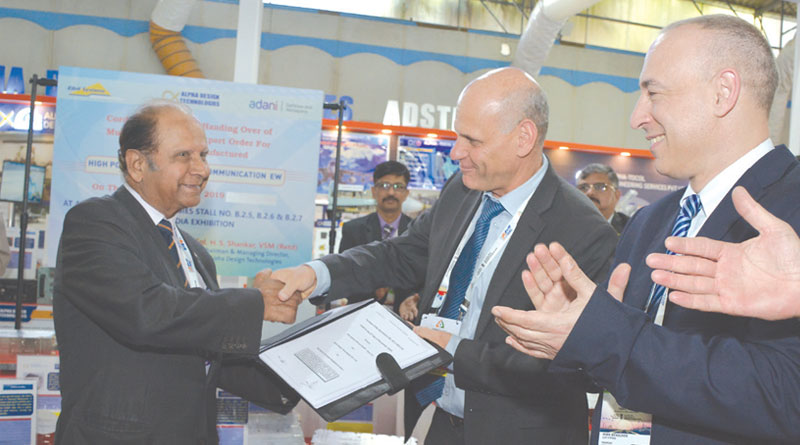 Bengaluru-based Alpha Design Technologies (ADTL), Adani Aerospace and Defence Elbit of Israel will now supply state-of-the-art communication amplifier systems to countries which are on friendly terms with both Israel and India.

On the side-lines of Aero India 2019, Col H.S. Shankar handed over the first of 120 high power amplifiers to Elbit CEO Bezhalel Machlis on February 21. In a short ceremony held to mark the occasion, Col Shankar eulogised on the unity, friendship and common goals that Indian and Israel share.


Speaking to FORCE about his company ADTL, Col Shankar said, “Alpha was a company started by three individuals in 2004-05. Today, we have over one thousand employees.” Praising the defence policies of the current government, Col Shankar said the ‘Make in India’ initiative has given a fillip to defence production in India.

Elbit CEO Bezhalel Machlis took the opportunity to thank Col Shankar and ADTL. He said that this deal was a minor step in the indigenising defence production in India and that the product would be sold to countries friendly to both India and Israel.