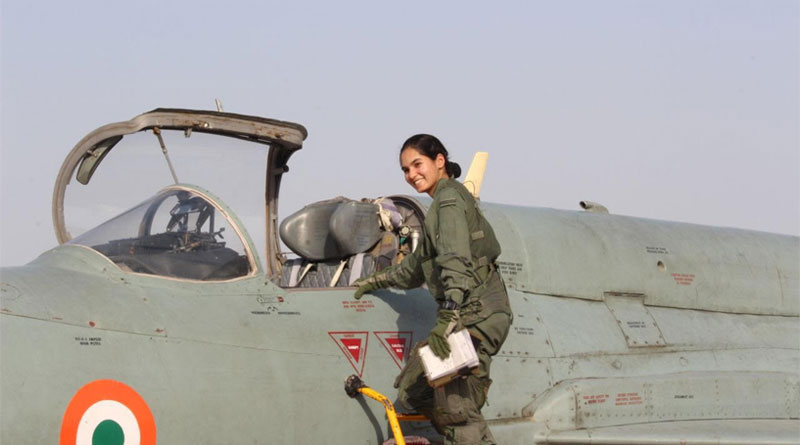 She was among the first three women who were commissioned into the Indian Air Force in June 2016 along with colleagues Bhawana Kanth and Mohana Singh.

Flying Officer Avani Chaturvedi became the first Indian woman to fly a fighter aircraft solo. She undertook the 30-minute sortie from IAF’s Jamnagar base on February 19.

In a quote to a media house, Air Chief Marshal BS Dhanoa congratulated Flying Officer Chaturvedi, “My heartiest congratulations to Flying Officer Avani Chaturvedi for successfully clearing her first solo sortie on a MiG-21 ‘Bison’ fighter. The IAF has always taken a lead in providing an equal platform to women officers. It’s a red letter day for the country.”

She completed her BTech in Computer Science from Banasthali University in Jaipur, was among the first three women who were commissioned into the Indian Air Force in June 2016. Her colleagues Bhawana Kanth and Mohana Singh will also go for solo fighter sorties soon. The IAF has already selected the next batch of three women trainee pilots for the fighter stream.