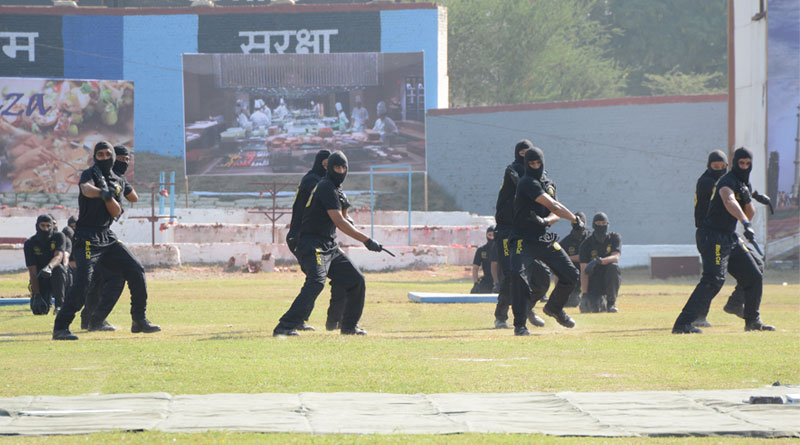 New Delhi: A sniper competition will be held for the first time during the eighth All India Police Commando Competition, revealed National Security Guard (NSG) during the curtain raiser ceremony in New Delhi on January 9.

The competition, which NSG is hosting this year, will see the participation of twenty five teams from Central Armed Police Forces (CAPFs) and state police forces. The teams from the state police forces will be from Jammu and Kashmir, Jharkhand, Andhra Pradesh, Assam, Bihar, Chhattisgarh, Gujarat, Kerala, Madhya Pradesh, Maharashtra, Odisha, Punjab, Tamil Nadu, and Uttarakhand.


Besides sniping, the other events of the of the competition will include Cheetah Run Competition in which the participants will run for 1.3km with a 10kg load along with personal weapons and 2.4km run towards reflex firing range; Black Hawk Shooting; Small Team Operations-1 which will include raid on a terrorist hideout, and Small Team Operations-2 comprising building /house intervention.

The All India Police Commando Competition is annually organised by All India Police Sports Control Board (AIPSCB), and the upcoming edition aims to enhance the physical and mental robustness, shooting skill, leadership qualities under stressful conditions and foster team spirit amongst the participating teams.