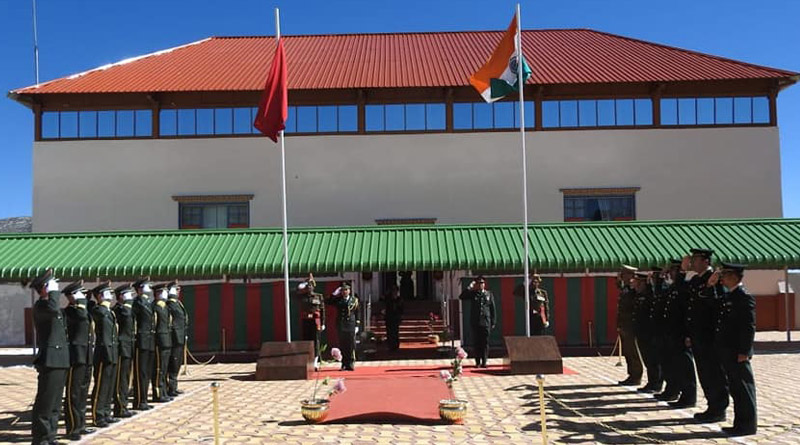 The Indian Army organised and attended a Major General level meeting with China at Bumla, Arunachal Pradesh on 9 November 2018. The Indian delegation was led by Maj. Gen. P.G.K. Menon and the Chinese delegation by Maj. Gen. Li Xi Zhong. This was the first time that Major Generals from the two armies participated in the annual Border Personnel Meeting since its inception in 1990. The participating personnel hoisted flags and discussed ways to improve the relationship between both countries at a functional level along the border. The two sides reiterated their intentions to strengthen friendship and maintain tranquillity along the Line of Actual Control (LAC).


This meeting at Bumla is hitherto another landmark in the ongoing efforts by both countries to increase interactions at the diplomatic and military channels. Situated at an altitude of 15,000 feet, Bumla is one of the five designated locations for BPMs between India and China.

Leaders from both delegations expressed satisfaction over the growing reciprocal trust and cooperation between the two countries and were confident that the Indo-China relationship would grow in the future.

Earlier this week, on November 7, personnel from both armies celebrated Diwali wherein greetings and gifts were exchanged.