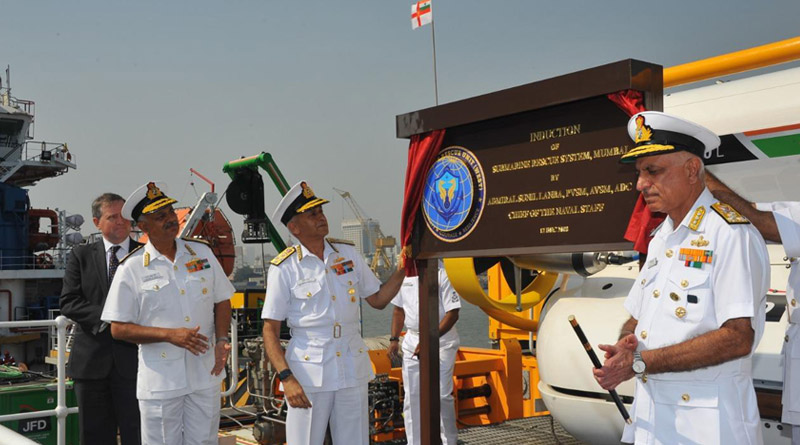 Acquisition of this capability is a significant and pioneering jump in the Indian Navy’s capability in deep submarine rescue. The Indian Navy currently operates submarines of the Sindhughosh, Shishumar, Kalvari Classes as well as nuclear powered submarines. The operating medium and the nature of operations undertaken by submarines expose them to high degree of inherent risk. In such an eventuality, traditional methods of search and rescue at sea are ineffective for a disabled submarine. To overcome this gap the navy has acquired a third generation, advanced Submarine Rescue System considering of a Non-tethered Deep Submergence Rescue Vehicle (DSRV) and its associated equipment.


The Indian Navy is now in a select club of nations which have this capability. The Indian Navy’s Deep Sea Submarine Rescue System considered to be the most advanced system currently in operation the world over and is capable of undertaking rescue from a disabled Submarine upto 650 m depth. The DSRV, which is operated by a crew of three, can rescue 14 personnel from a disabled Submarine at one time and can operate in extreme sea conditions (upto Sea State 6). The newly acquired capability would be operated and deployed by the crew of Indian Navy’s newly formed Submarine Rescue Unit (West) from its base in Mumbai.