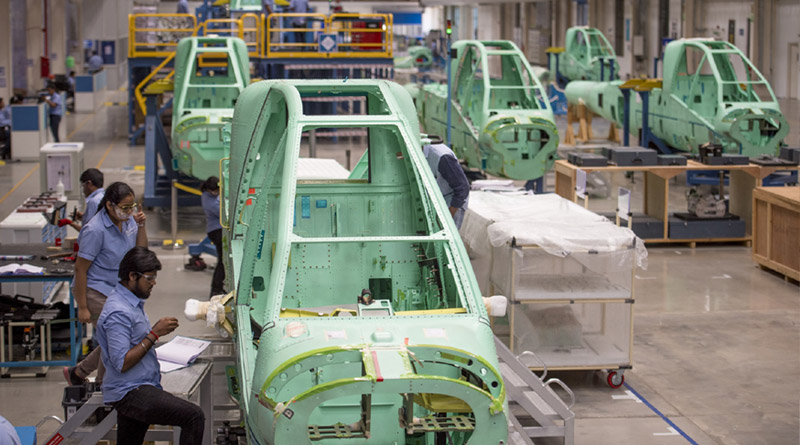 The first AH-64 Apache combat helicopter fuselage was delivered by Tata Boeing Aerospace. The delivery was completed ahead of schedule from its state-of-the-art facility in Hyderabad. It is now be transported to Boeing’s AH-64 Apache manufacturing facility in Mesa, Arizona, for integration into the final assembly line. This delivery marks the completion of a year since the two corporations started the joint venture.

Inaugurated by Defence minister, Nirmala Sitharaman, the facility is spread over 14,000-square meters and will be employing 350 highly skilled workers at full production. It was inaugurated in March 2018. This facility would be the only global producer of fuselages for the AH-64 Apache helicopters. These would be delivered by Boeing to its international clients including the U.S. Army. The facility will also produce vertical spar boxes and secondary structures for the AH-64 Apache.

“This is a major step forward in Boeing and Tata Advanced Systems’ continued commitment to make advanced, high quality aerostructures in India,” said  President, Boeing India, Pratyush Kumar. “Our investments in technology, capability and skilling are clearly paying off as evident from the quality and speed at which this delivery milestone has been achieved. As we accelerate our efforts, we see this as a major step towards future opportunities to pursue the co-development of integrated systems in aerospace and defence.”

Managing Director and Chief Executive Officer, Tata Advanced Systems, Sukaran Singh, said, “The timely delivery of the AH–64 Apache helicopter fuselage marks a milestone in our collaborative journey with Boeing. Our partnership reflects a continued commitment to develop aerospace and defence manufacturing ecosystem in India. The delivery of the fuselage within a year of the facility being operational is a huge boost to indigenous manufacturing and also demonstrates our commitment to deliver high quality products within a short span of time.”

Boeing’s first equity joint venture in India, Tata Boeing Aerospace, is the result of a partnership agreement with TASL in 2015. The facility’s construction began in 2016 and was completed a year later. Boeing and TASL have been working closely to create a pool of highly skilled aerospace talent via skill development initiatives.

Since the Boeing-made Apache helicopters entered production, more than 2,300 units have been sold to international clients. The AH-64 Apache has also been fielded for acquisition by the armed forces of 16 countries. The United States Army Apache fleet alone has accumulated more than 4.3 million flight hours, including more than 1.2 million in combat, as of January 2018.