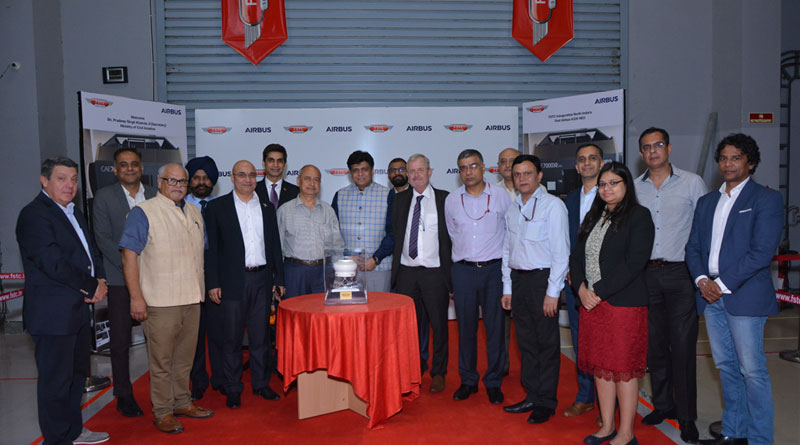 Founder and director of FSTC, Capt. Sanjay Mandavia, stated, “With the addition of this simulator we are one step closer to our vision to be Asia’s leading ATO with a positive outlook on the market for training pilots both locally here in India as well as in the region.”

Co-founder and director of FSTC Capt. D S Basraon, added, ” The new A320neo sim will help address the outflow of indigenous pilots to foreign locations for their training, thereby saving time and money for individuals and airlines put together.”


This A320neo simulator which comes with both CFM Leap 1A and Pratt & Whitney engine type is the first A320neo simulator in north India, while another one is already running successfully in FSTC’s Hyderabad facility. This particular A320neo sim will be utilised by Airbus for their airline training credits so as to churn out trained manpower in proportion to the induction rate of A320neo ACFT in the country.

Under the aegis of the government of India’s Skill India initiative, FSTC will take every possible measure to be a premier aviation training establishment offering high quality training in a safe and efficient manner.

FSTC is India’s first registered standalone Approved Training Organisation (ATO). It is the largest in the region with the most number of full flight simulators catering to all the airlines in India that fly various fleet types. FSTC is also accredited by EASA, Airbus, and Boeing. Around 1,100 pilots have already been trained by FSTC and are inducted by all the major airlines like Indigo, Vistara, Jet Airways, Spice Jet, GoAir and Air India.