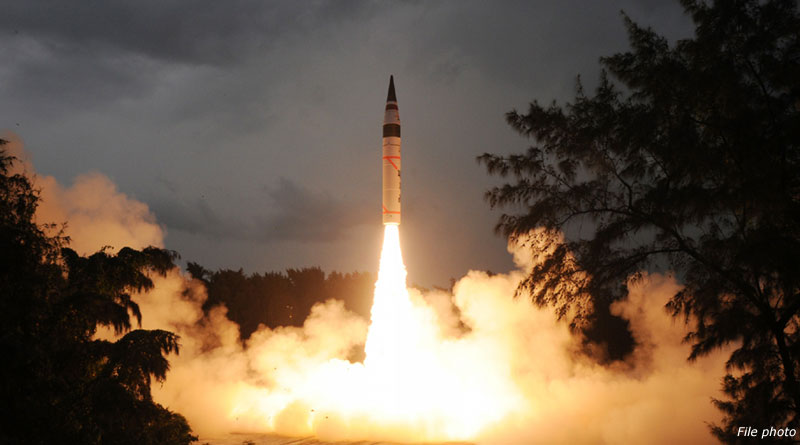 Agni-V, with a range of over 5,000 km, is India’s longest range ballistic missile.

India’s long range surface-to-surface ballistic missile, Agni-5, was successfully flight tested for its full range on January 18 from Dr Abdul Kalam Island, Odisha. This was the fifth test of the missile and the third consecutive one from a canister on a road mobile launcher. All the five missions have been successful.


The flight performance of the missile was tracked and monitored by radars, range stations and tracking systems all through the mission and all objectives of the mission were successfully met. The launch operations were led by project director, G Ramaguru and programme director, MRM Babu. Directors of DRDO labs namely ASL, DRDL, ITR, RCI and TBRL reviewed the entire launch operations along with senior officials of the armed forces.

Agni-V, with a range of over 5,000 km, is India’s longest range ballistic missile, making it the mainstay of India’s triad to deliver nuclear weapons and the most advanced missile in the Agni series.