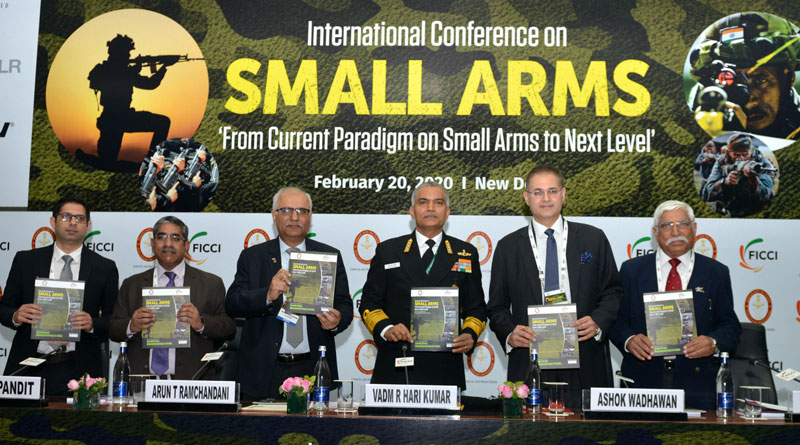 At the FICCI-CENJOWS conference on small arms, focus remains on Make in India

New Delhi: Delivering a special address at the International Conference on Small Arms, Chief of Integrated Defence Staff to The Chairman Chiefs of Staff Committee (CISC) VAdm. R. Hari Kumar said that to meet urgent requirements, self reliance in the production of small arms was fundamentally necessary for the nation in the long run.

Emphasising upon strategic autonomy, he said, “It is essential that the basic weapons are manufactured here. So for true strategic autonomy and self reliance, we, the users, the academia, DRDO, public and private sectors must act with synergy and resolve to develop state-of-the art technology.” He added how defence personnel were interested in having the product located in the country with the production facilities, supply and support as key to manufacturing.

According to him, the current security environment of India required military forces to be prepared to handle a wide spectrum of challenges, both, conventional, non-conventional and asymmetric. To effectively meet these, personnel need to be equipped with state-of-the-art small arms. This would considerably increase combat efficiency, confidence and motivation of the troops, he said. 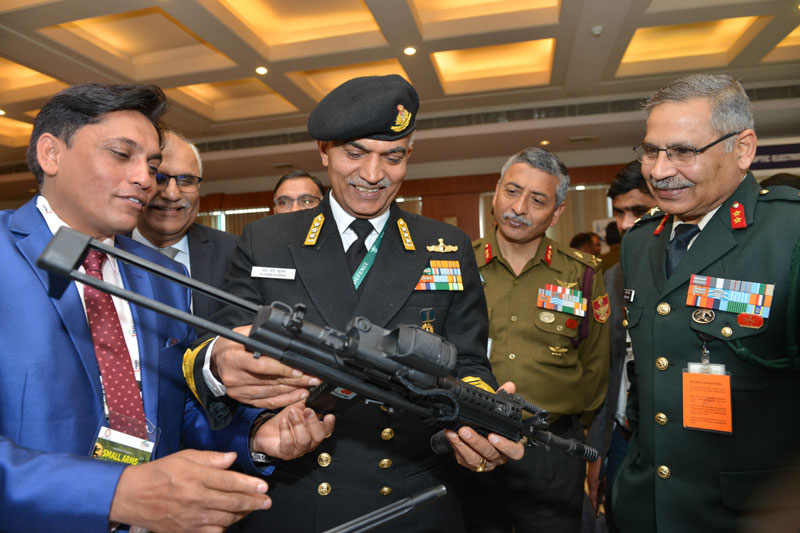 Saying that India’s key drawback has been “our inability to indigenously design, develop and manufacture contemporary equipment, like small arms to equip our forces”, he said that he was glad now as there were indigenous companies producing and exporting world class weapons.

The conference ‘From Current Paradigm on Small Arms to Next Level’ was jointly organised by the Federation of Indian Chambers of Commerce and Industry (FICCI) and Centre for Joint Warfare Studies (CENJOWS). A total of five panel discussions took place on various issues regarding the manufacturing of small arms. The discussions were centred-around indigenisation of the defence manufacturing and how the lethality, mobility and survivability of the soldiers should be kept up to ensure ‘Mission Reliability’.

Certain panel members spoke about bringing in new-age technology and weapon systems. Some members emphasised the need and development of Artificial Intelligence (AI), Training Aids and Simulators in the forces. In attendance were both, private and state-owned defence companies.

Also present at the event was joint secretary, department of defence production, ministry of defence, Sanjay Jaju, who speaking at the end, urged Indian companies to reach out to the ministry in case of any problems they maybe facing in terms of operations, permissions and testing.