FORCE executive editor Ghazala Wahab met the Marshal of the Air, Arjan Singh and his wife at their home in September 2006 one last time. The article is reproduced here

A warm glow suffuses you as you step inside Marshal of the Air Force Arjan Singh’s intimately done study. Floppy leather sofas, including a rocking chair, beckon you, as do gilded frames on the walls. There are personal photographs, water colours and line art of the aircraft he has flown and an evocative illustration of the Royal Air Force College, Cranwell, which he attended in 1938. Then there are trophies, awards, leather bound books and of course the official citation by the government of India honouring the Marshal with Padma Vibhushan. It’s a room where one could spend the whole afternoon without doing anything: small with polished wood flooring and stacked with assorted knick-knacks each of which have a story to tell. No wonder it is warm, intimate and welcoming. Actually, so much like its owner. Judge a man by his study? Well, maybe.

As you soak in the ambience of the room, he walks in briskly: Unannounced and without a fuss, enveloping you in handshake which quickly develops into a near embrace. “I am sorry, when you called I could not place you,” he says by way of pleasantries. “But, now I will never forget you,” recalling the earlier meetings. At a loss for words, you let the moment linger. Few things just get better and better. He takes you on a quick tour of the photographs on the walls, nearly ignoring the Padma citation, and when he finally comes to it, he dismisses it by saying jocularly, “And here, the government made a mistake.” Finally, he settles down on his rocking chair. “So, tell me, how are you?” he starts the interview.

In his late eighties now, Marshal of the Air Force has gracefully slipped into the role of a granddaddy of the IAF. He laughs off the suggestion. “No,” he insists, “that puts me in a different league. I still feel one of them, one of the comrades.” Explaining his statement, he says, “In my times, I never felt the difference between ranks. I believed that one has to maintain discipline not by shouting and abusing the person, but by being firm. If a person commits a mistake then he has to be corrected but there is no need to overemphasise the mistake because that would completely kill his enthusiasm.” Words of wisdom, borne out of experience.

Marshal of the Air Arjan Singh retired decades ago from the IAF and since then has served in a number of diplomatic and administrative positions including as India’s ambassador to foreign missions and Lt Governor of Delhi. Yet, it is the air force which lights up his face. “Why not,” he says, “After all, I have been associated with the IAF for so long that I still feel part of it.” Does he really? Hasn’t the IAF changed, or rather evolved phenomenally since his times? Not only the concept of war, but the idea of air force itself has changed so much. “I may out of date with the IAF,” he says, “but I am not out of touch. I read about the IAF in the media and I stay in touch with the people.”

He says that since the creation of the Royal Indian Air Force, efforts were made to build the force gradually. “At that time, the World War II acted as a catalyst. From one squadron we became 10. Since then, the force has been growing steadily, though there have been periods of inertia. But the present air chief has brought a lot of dynamism to the IAF. He has infused it with a new, inspiring vision.” But the Marshal of the Air is distressed by the reports he reads in the newspapers about depleting force levels and inordinate delays in procuring the much needed equipment. “The government must realise the importance of a powerful air force,” he says. “It must understand that strength is the biggest deterrence. It is our weakness that emboldens the enemy. Today, the concept of warfare has changed; the IAF has to be in the forefront. It cannot be allowed to lag behind.”

His pride in his force is evident. Pictures apart, he has models of aircraft adorning his desk, plus mementoes from his days of yore. “It gives me a lot of happiness to see how technically advanced the IAF has become. We always had good officers, pilots and non-pilots alike, but today the level of training has gone up so much. I recently read the report that the IAF has succeeded in bringing down the accident rate. It was very important that it did this, because accidents have two very serious consequences. One, you not only lose an expensive machine but also a trained pilot; and two, which is more important, it affects the morale of the force. How can you expect a pilot to deliver his best if he is not confident of his machine?” As if to emphasise his point, he recalls the 1965 India-Pakistan war, when the IAF flew the Gnats with him at the helm. “The Gnat fighter aircraft gave us a lot of trouble as it had a technical problem. It killed many of our very good test pilots. During the war with Pakistan, our boys were not very confident of the Gnat, also because Pakistan Air Force had the Sabre fighter, which was a faster and a superior plane. But after two of our pilots, Trevor and Denzil Keelor (the famous Keelor brothers, both of whom got the Vir Chakra) downed two Sabres in a matter of days, the pilots’ confidence in Gnats was restored. And interestingly, even the Gnats didn’t give us any trouble after that.”

He says that he found it ironical that MiG-21s got the dubious reputation as flying coffins, because when they first arrived in India, they were very advanced machines and easy to maintain. “In fact, the last aircraft that I flew was a MiG-21,” he says with a touch of fondness. “I flew it on 15 April 1965. I’ll never forget that day, it was my birthday.”

The 1965 war was Marshal of the Air’s crowning glory. As the Chief of Air Staff, first as an Air Marshal and later as Air Chief Marshal, Arjan Singh oversaw the IAF’s flying success over Pakistan during the war, despite a shaky start. He says that by the time ceasefire was announced, the IAF had an upper hand and could have done more damage to the Pakistan Air Force, had the Indian government not accepted the ceasefire. In all fairness to the PAF, he says that they had as good pilots as the Indian side, which is why in the early days they were quite successful in hitting some of the forward locations of the IAF. “But they never managed to hit any Indian town, though we hit Peshawar many times,” he recalls.

“I have always believed,” he says, “that when you fight, you should fight to the best of your abilities because you are fighting for your country. But once the war is over you should not keep the enmity in your heart.” The 1965 war obviously would have a special place in his heart, but as far as action goes, Marshal of the Air Arjan Singh has a lot of stories about World War II, where he participated as a young squadron leader.

“During the Second World War, I dropped bombs on both fronts, in Northwest Frontier Province as well as in Burma. In fact, during one such flight in the West, my aircraft was hit by the Pathans. But within a week I was flying again. The Burma campaign, matured me a lot,” he says. “It prepared me to take on greater responsibilities. It is foolish to say that one is not scared when flying a fighter during the war. Of course, I was scared of the bullets in the beginning because if I was not I wouldn’t have had respect for what I was doing. I was conscious of the fact that my and my squadron’s reputation was at stake. So after a few sorties, even fear became a routine. In that one whole year, I did not take a single day off, not even on a Sunday. It is there in my logbook.”

As we were taking a trip down memory lane, tea and biscuits were served. Refusing to take no for an answer, he insisted that you take a biscuit even as he helped himself to one with a sheepish grin, “I like these.” The biscuits, made of oat and honey, were indeed very good. Later when his wife joined us he complained to her, “She doesn’t eat anything. She ate only one of your biscuits.” The banter continued for sometime as both started reminiscing about all the years gone by, friends they still meet and those who have passed on.

“We made some very good friends,” she says, recalling one such friend who lives in Canada now and calls them up every time there is a natural disaster or violence anywhere in the country. “I laugh and tell him that India is a very big country,” she says. “As you grow older, you hanker for the old friends because it is so difficult to make new ones.” Marshal of the Air, Arjan Singh nods and the afternoon rolls on. Lazy, nostalgic and personal. 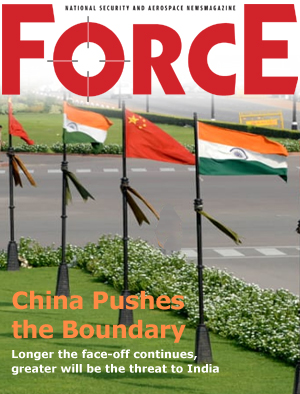