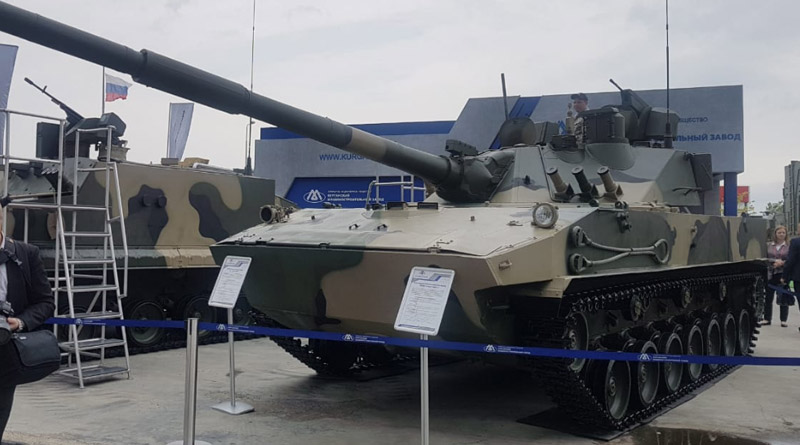 Russia has proposed its Sprut SDM-1 and speculations are rife that if the process gets through, it will be India’s new fire asset

Nearly four decades later, India, once again, is gearing up to induct light tanks in its inventory as the government gives green light to its emergency procurement.

The Indian Army has issued RFI for lightweight, air-transportable tanks for high-altitude amid the ongoing border tensions with China along LAC in Ladakh.

Russia has proposed its Sprut SDM-1 and speculations are rife that if the process gets through, it will be India’s new fire asset.

The procurement will most likely be an answer to Beijing’s Type 15 tank also known as ZTQ-15. It is being reported that China deployed these tanks along LAC in late April. However, FORCE could not independently verify it.

Operational with its Special Forces and Marine Corps, Russia’s Sprut SDM-1 is ideal for the growing Chinese threat in the Indian Ocean and the Himalayas. These mountain-friendly tanks can be paradroped. This is particularly crucial as Indian border infrastructure is still a work in progress and it picked up pace only post 2017’s 73-day Doklam issue.

However, it is swiftly matching up with the Chinese infrastructure as forward airfields have been developed at strategic locations. Recently BRO completed many roads and bridges along the border.

“These tanks are ideal for paradrop along with the M-777 artillery guns to quickly restore a tactical reversal anywhere on the LoC,” FORCE had earlier reported in 2018.

These tanks have the same 125mm gun as the T-90 Main Battle Tank and both can fire common missiles and shells. This will be a big maintenance advantage across all the three services which could be armed with these tanks.

In the past, the Indian Army has operated light tanks, however, they were phased out later. It operated French AMX13 light tanks, and its successor, the amphibious Soviet-era PT-76s till the 1970s, that were deployed effectively against East Pakistan, later Bangladesh.

Earlier on 15 July, the armed forces have been granted special powers to purchase up to Rs 300 crore of weapons and equipment for “emergent operational requirements”.

The Indian Army is proposing to purchase 72,000 additional American Sig Sauer 716 assault rifles to sharpen the teeth of the infantry.