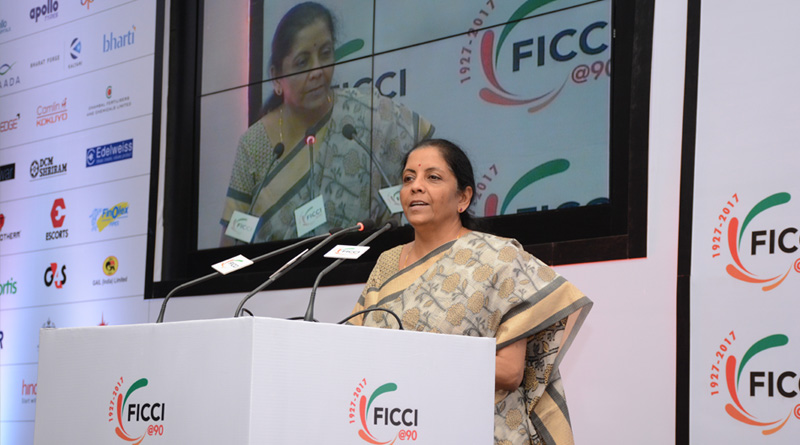 The government is examining the ordnance factories to explore ways to boost their productivity.

Defence minister Nirmala Sitharaman on December 14 said that the defence ministry is undertaking a major review of the role of ordnance factories. Speaking at FICCI’s 90th Annual General Meeting, Sitharamam said, “This may be a proper and suitable occasion to say that I am doing a major review of the ordnance factories, to make sure we understand where they are, what is it that they have to be given, are they going to be in a position to be joint venture partners for people trying to benefit from ToTs, so OFBs (ordnance factory boards) are also being looked into.”

The government is examining the ordnance factories to explore ways to boost their productivity. There are 41 factories under the Ordnance Factory Board (OFB) and there have been several demands to undertake reforms to improve their productivity and efficiency. In an effort to given greater role for the private sector, the Defence Research and Development Organisation (DRDO) has also been asked to “identify patentable products that can be commercialised.”


She said that the Centre is looking at organically grown industrial parks with inclination towards defence partnerships. To begin with, Chennai-Bengaluru and Mumbai-Pune-Aurangabad are being looked at as they have a large pool of start-ups that can help in defence manufacturing.

The Defence Minister called for more meaningful engagement with FICCI on start-ups so that this sector gets activated. Under the Technology Acquisition and Development Fund which has been created, eight projects have almost fructified and were about to be sanctioned while close to another 24 projects were in the process of coming through the Technology Acquisition and Development Fund. Lauding the valuable work done by her predecessors, Sitharaman said her ministry was speeding up many of the decisions taken by them and there was now a lot of activity in the defence sector. Procurement meetings were being held twice a month along with simplification of processes and the Government was on a mission mode on ensuring greater transparency in defence with devolution of powers to respective quarters for expeditious delivery.