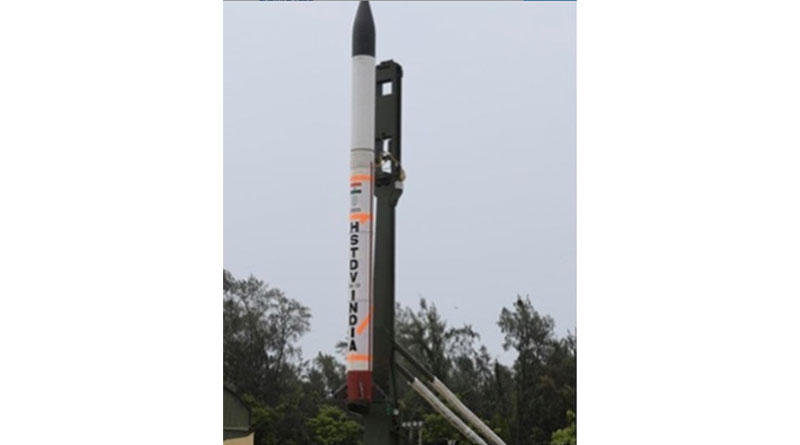 As this will pave the way for development of hypersonic cruise missiles and vehicles in future, with the test, India now becomes the fourth country after US, China and Russia to develop and test the technology.  India aims to produce HSTDVs within the country in a period of five to six years.

“DRDO has today successfully flight tested the HSTDV using the indigenously developed scramjet propulsion system. With this success, all critical technologies are now established to progress to the next phase,” he said on Twitter. He added that he spoke to the scientists associated with the project and congratulated them on this great achievement.


The official Twitter handle of DRDO stated, “In a historic mission today, India successfully flight tested Hypersonic Technology Demonstrator Vehicle (HSTDV), a giant leap in indigenous defence technologies and significant milestone towards a #sashaktbharat and #atmanirbharbharat.” It added, “DRDO with this mission, has demonstrated capabilities for highly complex technology that will serve as the building block for NextGen Hypersonic vehicles in partnership with industry.”

As per a PTI report, “A DRDO official said, with the successful test flight of the HSTDV, India has demonstrated capabilities for highly complex technology that will serve as the building block for next generation hypersonic vehicles in partnership with domestic defence industry”.

The report further stated that the HSTDV powers cruise missiles and operates on scramjet engines which can attain the speed of around Mach 6 which is far better than ramjet engines.