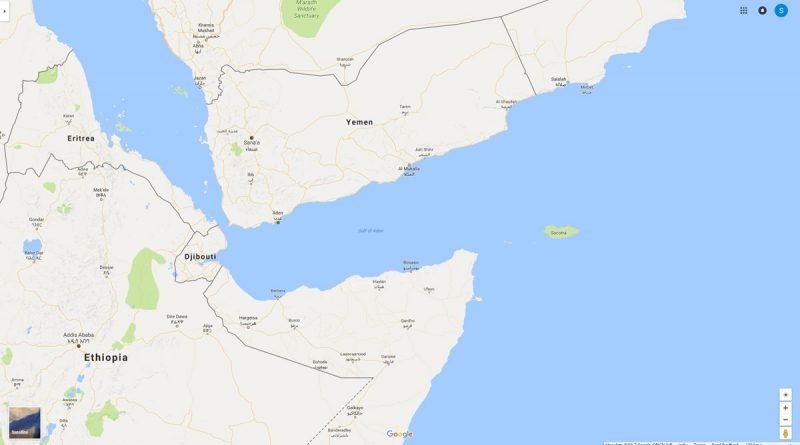 Djibouti’s leaders have sought to capitalize on the country’s strategic location by renting its territory to foreign militaries.

The maiden visit by President Kovind to Djibouti on October 3 highlights the geopolitical significance of the third smallest country on Africa’s mainland. Located at the southern entrance to the Red Sea, it has become a base for various European, Asian, and American forces, who have all camped in the region for one reason or another. The latest country to establish a base is China, which according to its officials, is not related to military expansion but will be a supply center for Chinese peacekeeping and humanitarian missions in the region.

The United States had established Camp Lemonnier in order to combat terrorist threats in Yemen and the Horn of Africa. Japan’s only foreign military base is also based in Djibouti. The Italians also have their own base, while troops from Germany and Spain are hosted by the French.


Without the ability to generate significant economic wealth from its population or natural resources, Djibouti’s leaders have sought to capitalize on the country’s strategic location by renting its territory to foreign militaries looking to set up bases. Djibouti also handles an estimated 90% of landlocked Ethiopia’s maritime trade, an important deal given the latter’s 100 million population and exponential economic growth. Ethiopia had to increasingly start using the port of Djibouti after becoming landlocked when Eritrea broke off as an independent nation in 1991.

As India considers itself a net security provider in the Indian Ocean and beyond, it has offered to share real-time intelligence of maritime movements in the Indian Ocean with 10 countries that participated in a Naval Conclave in Goa between October 31 and November 2. Myanmar, Indonesia, Malaysia, Thailand, Sri Lanka, Mauritius, Bangladesh, Maldives, Seychelles and Singapore sent their senior naval and maritime heads to the conference held at the Indian Naval War college at INS Mandovi.

India is also keen to keep bilateral ties with one of its oldest partners, France, which has had base in Djibouti for almost 150 years. “India is our strategic partner in Asia. We are in the process of forging a strong defence and security partnership in the Indian Ocean,” said the French ambassador, Alexander Ziegler on the eve of their foreign minister Jean Yves Le Drian’s visit in November.

India has been reluctant to establish any military bases, instead preferring to traditionally engage with African nations including Djibouti through its soft power initiatives, such as contribution to school and college education, laying of optic fiber networks, training of hospital staff and other skill development projects.