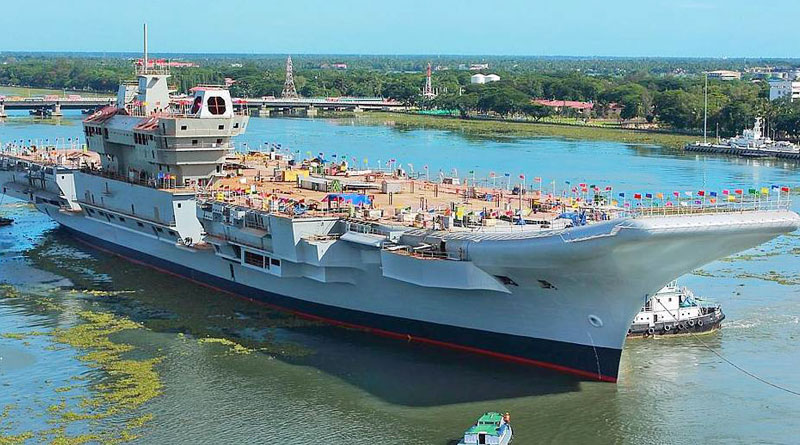 
The handing over ceremony followed from a slew of successful tests and trials. The event was also attended by Rear Admiral Antony George, Rear Admiral S. K. Nair, and other senior officers from the Indian Navy. COO, TPSED, Neelesh Tungar and CTO, TPSED, R. Muralidharan also attended the event.

This is a major landmark on IN’s thrust towards the government’s ‘Make in India’ initiative to encourage indigenous development and promoting private industry participation. It also assumes great significance as it is the first CMS developed by a Private Industry for IN and is for India’s Indigenous Aircraft Carrier. Prior accepting, the system software and hardware were subjected to rigorous acceptance trials. The system successfully cleared all acceptance tests, endurance and full load trials.