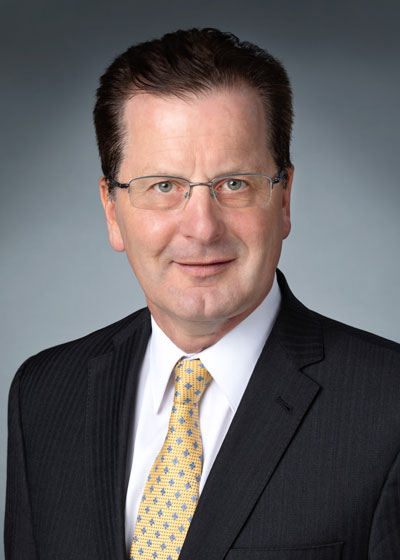 Lockheed Martin is showcasing its robust and diverse portfolio of defence and civil capabilities at DefExpo-2020.

“We’re proud to participate in DefExpo-2020, where we can showcase our commitment to ‘Make in India’ directly to the largest gathering of defence and aerospace partners in the country,” said William (Bill) Blair, vice-president and chief executive of Lockheed Martin India. “Lockheed Martin continues to build upon its more than three-decades of partnership with India, expand collaborations with local industry to support the evolution of indigenous defence manufacturing ecosystem, and further advance India’s strategic security and industrial capabilities.”

Blair added that Lockheed Martin’s goals at the show include building on the company’s existing foundation in India by identifying additional strategic partners from across the country, to include companies of all sizes — large, Micro, Small & Medium Enterprises (MSMEs) and start-ups. “For the past decade, we have supported the growth and development of India’s innovation and start-up ecosystem and look forward to strengthening those partnerships to support the advancement of India’s defence industry well into the future,” said Blair.

The F-21 fighter aircraft, which is on offer to the Indian Air Force (IAF), takes centrestage at Lockheed Martin’s display. An F-21 cockpit demonstrator* is available at the booth for defence and aerospace partners to ‘fly’ the jet for themselves, experiencing its unmatched performance. The F-21 demonstrates Lockheed Martin’s commitment in delivering an advanced, scalable single-engine fighter to the IAF that also provides unrivalled industrial partnership opportunities ‒ for India, from India.

Another platform highlighted is the MH-60R ‘Romeo’ SEAHAWK® helicopter, also on offer to the Indian Navy. The MH-60R is the world’s most advanced maritime helicopter and will bring vital anti-submarine and anti-surface warfare capabilities to the Indo-Pacific region.

Boosting Lockheed Martin’s presence at the show is the C-130J Super Hercules and the S-92® multi-role helicopter, both of which represent a strong legacy of partnership with India and the Indian defence industry. The IAF operates 12 C-130Js, using the tactical airlifter to go anywhere to do everything. India also is connected to the C-130J through Tata Lockheed Martin Aerostructures Limited, a joint venture, that has the distinction of being the single-global source of C-130J empennage assemblies included on all new Super Hercules aircraft. All C-130Js now built have major components manufactured in India.

On prominent display is the Javelin Anti-Tank Guided Missile system. This versatile and effective one-man-portable and platform-employed anti-tank and multi-target precision weapon system provides capability to defeat a broad spectrum of close combat threats on the modern battlefield. Using fire-and-forget technology, the weapon guides itself to the target without external commands, allowing soldiers to take cover or reposition. With a range of 65 meters to 4 kilometres in most operational conditions, as well as the ability to operate through adverse weather and battlefield obscurants, Javelin can be deployed in a variety of environments and conditions.

As a part of its larger commitment to enhance the growth and development of India’s innovation, Lockheed Martin has sponsored and supported the India Innovation Growth Program (IIGP) since 2007 with the Department of Science and Technology, Government of India. In 2019, the company established Memorandums of Understanding with three Indian start-ups – Terero Mobility, Sastra Robotics, and NoPo Nanotechnologies integrating them in Lockheed Martin’s global supply chain, contributing to the evolution of both the Indian and global aerospace and defence industry