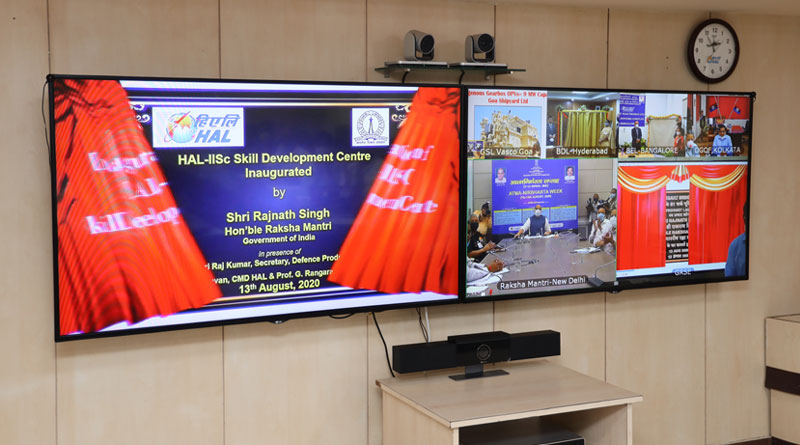 On the occasion, the Defence Minister said that knowledge is power and skilled workforce is basic necessity for innovation and creativity. He added that the SDC is a sound example of synergistic collaboration between the country’s flagship aerospace giant and the best in class premier academia.

“We are grateful to HAL for supporting us and partnering with us on this critical national initiative,” Prof. Rangarajan said. “We eagerly look forward to working closely with HAL, to realize our shared vision of training hundreds of aspiring young workers and professionals from across the country,” he added.

As per a press statement by HAL, “The goal of the SDC is to create a large pool of trained personnel to address vital skill-development gaps in India, crucial for economic growth and self-sufficiency. It is a natural outgrowth of a successful training programme for rural science and mathematics teachers that IISc initiated in 2011 at the Challakere campus.  The IISc approached HAL in 2016 with its proposal and HAL agreed to fund and support the initiative under its Corporate Social Responsibility (CSR) programme. The MoU for establishing the centre, with an outlay of Rs. 73.7 crores, was signed on March 28, 2016 and construction began on October 27 the same year.  The SDC is located on 1,500 acres of land provided by the Government of Karnataka during IISc’s centenary year celebrations in 2008.”