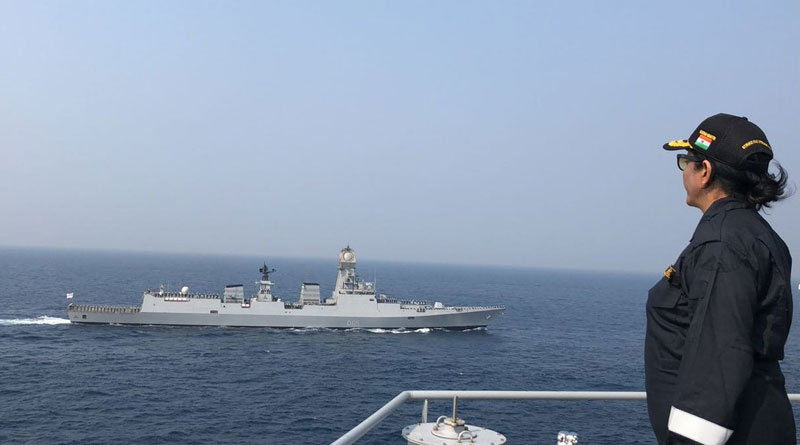 Defence minister Nirmala Sitharaman began the new year by presiding over India’s show of naval might on January 8 and 9. More than ten warships from the Indian Navy including the aircraft carrier, INS Vikramaditya, three submarines and various naval aircraft participated in operational manoeuvres conducted off the western coast of India.

The minister initially embarked INS Kolkata, the first of the indigenously built Kolkata Class destroyers, and then spent the night at sea on-board INS Vikramaditya. To assess the performance of the carrier in real conditions, the minister ‘transited’ through a simulated ‘multi-threat’ environment on-board along with her ‘escorts’ during the night of January 8.


Reviewing the maritime prowess of the Indian Navy over the two days, she presided over a multiple complex naval operations including air interceptions, missile, gun and rocket firings, ship-to-ship replenishment, night flying and anti­submarine operations. The Western Fleet of the Indian Navy undertook these major naval manoeuvres to showcase operational excellence and combat capabilities.

“Having witnessed first-hand the prowess of the Western Fleet, I am confident that the Indian Navy is fully capable of defending the nation against any form of threat”, the minister stated.