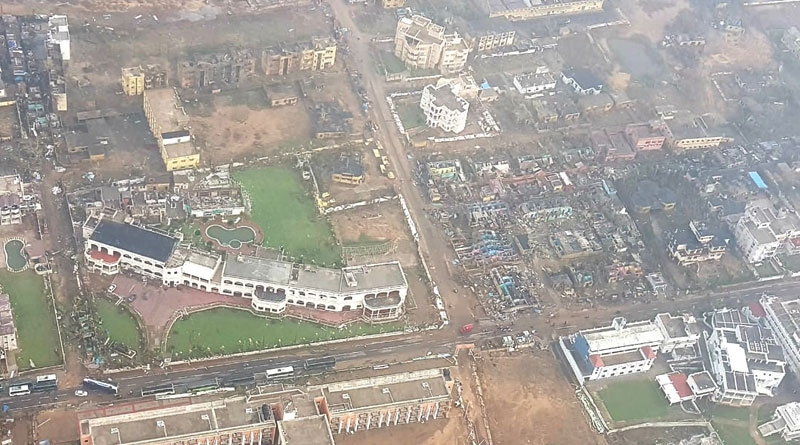 In the aftermath of the devastation caused by extremely severe Cyclone ‘Fani’, the Eastern Naval Command of the Indian Navy has launched a massive rescue and rehabilitation effort in Odisha. Two maritime recce sorties were undertaken by the Dornier aircraft of the Navy revealing widespread destruction localised around the temple town of Puri. The Flag Officer Commanding-in-Chief of the Eastern Naval Command personally undertook aerial survey of the cyclone affected area with the first light on May 4 and visited INS Chilka to review the relief efforts.

Based on the aerial surveys, the Eastern Naval Command is undertaking a three-pronged rescue and rehabilitation effort centred around Puri and its suburbs in coordination with the state government and district administration. Relief and rehabilitation ‘bricks’ and ‘pallets’ (Naval parlance for containerised relief stores) comprising food material, essential medical supplies, clothing items, disinfectants, repair material, chain saws for removing damaged trees, torches and batteries, etc. have been sent to INS Chilka, a naval establishment at Odisha, closest to Puri. The Naval Officer-in-Charge (Odisha) is centrally coordinating distribution of these relief materials and community kitchen is planned to be set up.


Simultaneously, three Eastern Fleet ships are undertaking rescue and rehabilitation efforts from the sea. The Indian Navy ships Ranvijay, Kadmatt and Airavat with three helicopters are presently operating off Puri and coordinating aerial survey and immediate response from sea through their integral helicopters. As the first responders, helicopters from the ships have been able to provide immediate support. In order to coordinate the relief efforts, the Eastern Naval Command has pre-positioned liaison teams in cyclone affected areas around Puri, who in turn are directing the rescue and relief efforts being undertaken by the ships.

With the likely opening of the Bhubaneshwar airport today, Chetak and UH3H helicopters are being positioned there by the Navy to launch rescue efforts and air-dropping of relief material to the inaccessible and remote areas. The deployment of the helicopters at Bhubaneshwar would enable aerial rescue of stranded personnel to safer areas as well as access to areas without road connectivity.

Meanwhile, the death toll due to the cyclone has climbed from eight to 12 on Saturday, after reports of more casualties were reported from Mayurbhanj district in Odisha. The government officials gave details, saying that they were awaiting further reports on the same. 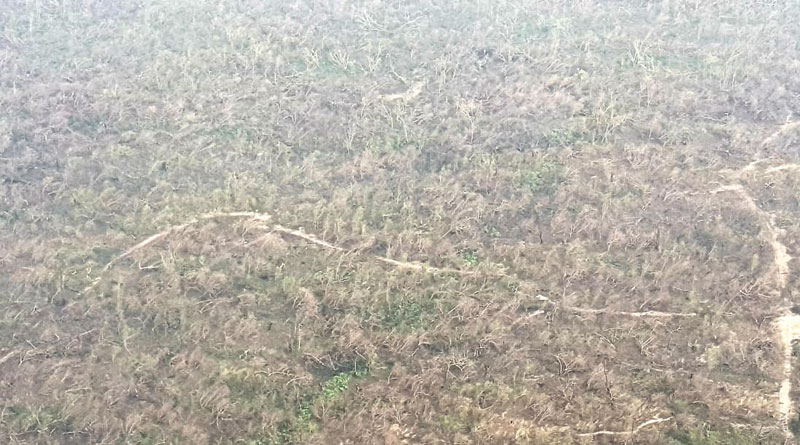