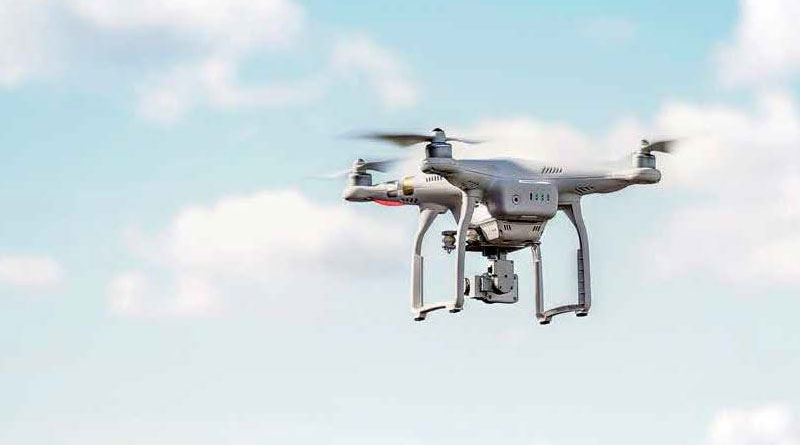 EY India, in collaboration with FICCI, on August 1 released a report that highlights the need to deploy Counter Unmanned Aircraft Systems (C-UAS) in India. Considering the status of UAS policy and operations in India, the report emphasises the need for counter-UAS systems, considering the challenges with respect to market scenario and operations.

The market for drone applications is expected to touch USD 100 million by 2020. As the market accelerates, the instances of misuse of this technology by nefarious entities also heightens the security risk posed by them. The report identifies three types of risks – privacy, security and penetration – as typically posed by UAS technology and applications. For example, as of March 2019, India has 103 operational airports and has envisaged increasing the number of operational airports to 190-200 by FY40. The number of airplanes is expected to grow to 1,100 planes by 2027. Rising number of aircrafts and airports, both point towards increased risk of irresponsible, mistaken or ill intended UAS operations. According to estimates, close to 50,000 drones was operating in India prior to the policy notification in August 2018, and all these drones are non-compliant to the No Permission No Take-off (NPNT) requirements mandated in Civil Aviation Regulations (CAR).


The need to mitigate the risks calls for adoption of counter UAS technologies by ensuring enforcement of the regulations. In view of this, multiple governments have started taking cognisance of the risk and have started investing in counter drone technologies. The requirement for counter UAS in the Indian context is further enhanced given the demographic intensity, increasing air traffic and the evolution of CAR in India. The government’s ‘Digital Sky’, when effectively implemented will address some of the problems at its roots.

A complete counter-UAS system must be capable of detecting, tracking as well as intercepting UAVs. Some of the techniques to detect and track UAS are radar, radio-frequency, electro-optical and acoustic systems. While detection and tracking of rogue UAVs is a crucial element in counter-UAS space, it is only half of the complete solution. Interdiction of an unauthorised UAVs and neutralising their threat will make the skies safer. Some of the methods available for interdicting are – protocol based interdiction, sensor based interdiction, interdiction using jammers and finally, physical interdiction. Some of the challenges while adopting these technologies include economic feasibility, effective contingency plans, legalities, among others. Given the applications of C-UAS technologies, it is forecasted that this market is expected to initially spurt and then grow in line with the drone market.

The foremost adopters of counter-UAS technologies have been militaries and defence organisations around the world. The growing use of military drones around the world has sparked off a race to develop and procure the most cutting edge anti-drone systems in the world. Some of the tools and techniques used by militaries, defence organisations and police include GPS spoofing, drone nets, RF jammer guns, among others.

The anti-drone technologies are still very nascent, and the companies are trying to build the best systems involving multiple technologies to deal with all possible contingencies. However, India has already taken the first step towards bringing accountability in drone ownership and operations.