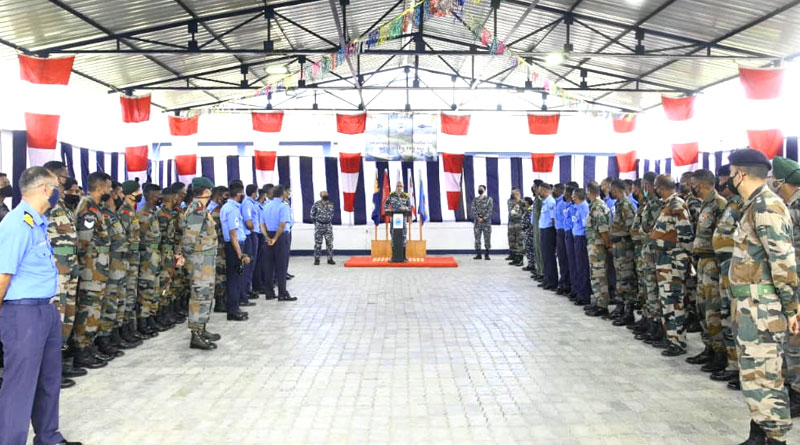 A statement from the Indian Navy said that the CNS was received by Lieutenant General Manoj Pande, AVSM, VSM, Commander-in-Chief Andaman & Nicobar Command (CINCAN). He was briefed on the operational preparedness and infrastructure aspects of the Command, including readiness in the prevalent security scenario.


During his interaction with personnel at INS Baaz, the CNS acknowledged their contribution in keeping the strategically important base operational at all times. Personnel from Indian Army, Indian Air Force, Coast Guard, DSC and GREF, as well as Defence civilians were present during this occasion.

The Airbase supports operations of a multitude of military aircraft, which enable surveillance over the Southern Bay of Bengal, South Andaman Sea, Malacca Straits and the Southern Indian Ocean.

INS Baaz provides Aid to Civil Authorities, including Casualty Evacuation, Humanitarian Assistance and Disaster Relief and Search and Rescue and also serves as a supporting base for operational turn-around facilities of ships deployed in the Nicobar Group of Islands. 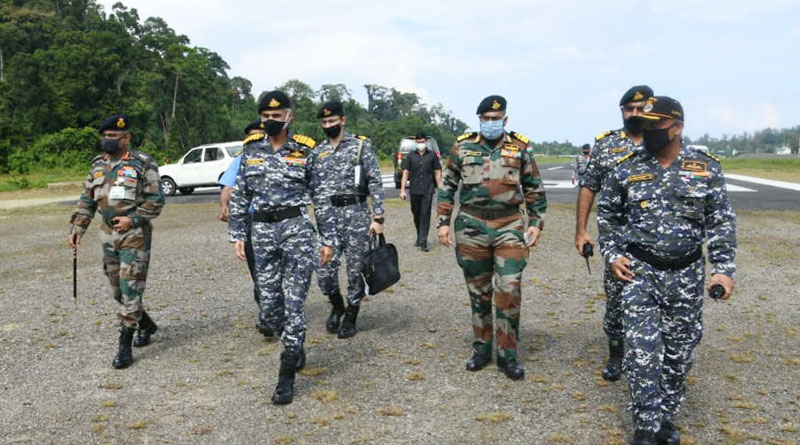