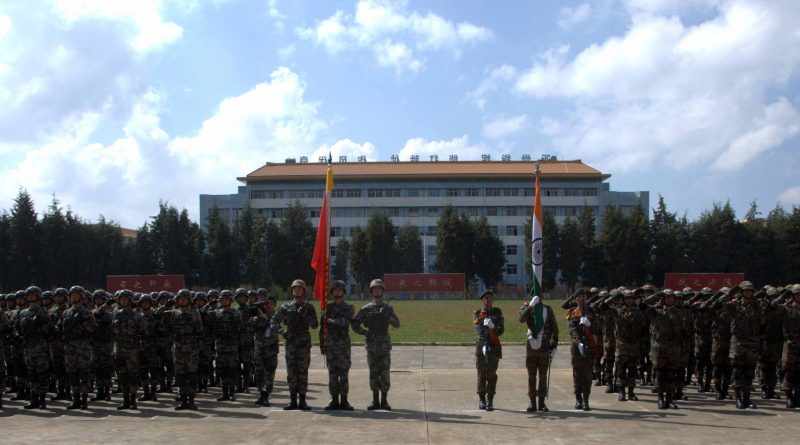 Is China an adversary or an enemy like Pakistan? This pertinent question has been raised by former foreign secretary, Nirupama Rao. Writing in the context of the Doklam crisis, she has argued in the prestigious news portal The Wire that India should treat China as an adversary — with whom a compromise can be achieved through pragmatic diplomacy — rather than an enemy which should be destroyed.

On the face of it, her argument appears impeccable. However, from the military viewpoint, India has itself to blame for making China into an enemy from an adversary by signing the 1993 Border Peace and Tranquillity Agreement (BPTA). Under the BPTA, India, on Chinese suggestion agreed to formally address the disputed border as the Line of Actual Control (LAC). The argument was that by calling the border LAC — which by definition is a military line — both sides could resolve the issue in an incremental fashion, sector by sector, instead of as a single political deal for the whole border, which was not making any headway. The Chinese explained that each sector, once mutually agreed upon, could be secured under ‘equal and mutual security’ clause; once done, troops from that sector could be withdrawn. Rao takes credit for inserting this clause with her Chinese counterpart by adopting it from the Sino-Soviet treaty.

This argument made political sense to Prime Minister P.V. Narasimha Rao who favoured the Nehruvian thinking that only small changes could be made to the de-facto border handed over by British-India. Any major adjustments or swapping of territory for border resolution were not acceptable.

What was not understood by the Prime Minister and his diplomatic advisors was this: a military line, by definition, has to be held by military force since it can be altered tactically by the side with better border management backed by superior war-waging capabilities. Given this, it becomes clear why Chinese border transgressions started only after 1993 (except the 1986 Somdorong Chu crisis) and increased rapidly commensurate with its improved border management (roads and airlift ability) and war-waging capabilities relative to India.

For example, India attempted military coercion against Pakistan with the 2001-2002 Operation Parakram when the two armies stood face-to-face ready for war for 10 months. India, however, blinked first; its military coercion failed because its war-waging capabilities were assessed as not being credible by Pakistan. Consequently, Pakistan’s proxy war increased starting 2003 when foreign mercenaries found their way into the Kashmir Valley.

Coming back to China and the Doklam crisis, given its better infrastructure and war-waging capabilities, China has adopted an offensive border management posture. India, on the other hand, has a defensive border management posture where it can, at best, defend itself over a limited time and space (territory). I had argued in my book The Defence Makeover: Ten Myths That Shape India published in 2001 that China with its fast improving border management is an immediate military threat facing India, and not a long-term challenge as was believed by most until recently.

Worse, the recent Doklam crisis, which Indian analysts read as a victory, has already inposed a big price on the Indian Army. Unlike Chinese forces, the Indian Army has been compelled to strengthen its border management locally by moving a large number of troops forward to hold vulnerable areas (and they are aplenty) along the 3,488km long military line. These troops, acclimatised for altitudes above 10,000 feet to 18,000 feet will now stay there round the year. Given the poor infrastructure and inclement weather at high-altitudes, providing snow and wind-proof tents, clothing, food, oil (to keep troops warm), ammunition (without proper storage), and casualty evacuation will now be a big burden on the already scarce resources of the Indian Army Aviation and the Air Force. And what about the morale of troops who would find no enemy but empty spaces opposite them. Moreover, no one knows how long the army will be required to hold this re-enforced defensive posture? Given all this, was it sensible for India to have flexed muscles in Doklam and score a pyrrhic victory when there was an opportunity for negotiations with China?

Against this backdrop, it is difficult to visualise China as an adversary which regularly nibbles at India’s territory. Instead of give-and-take (this is what compromise is about), China claims the entire state of Arunachal Pradesh and has disowned border with India in Ladakh. While China, with its military shenanigans is an enemy, the question is can India retrieve the situation?

The way forward is through cooperation rather than compromise with Beijing. China, which is embarked on an ambitious geo-political endeavour through the Belt and Road Initiative (BRI), appears amenable to mutually exploring options to assuage India’s sovereignty concerns about it. There is a possibility of the two sides developing mutual trust by synchronising BRI and India’s Act East policy.

(The writer is editor FORCE newsmagazine and the co-author of Dragon on our Doorstep: Managing China Through Military Power)

11 thoughts on “CHINA: Enemy or Adversary”

Leave a Reply to Fiskeolie til hunde Cancel reply