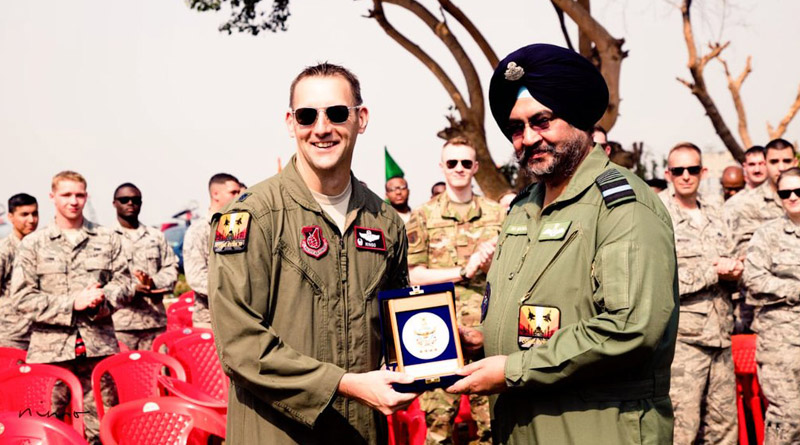 
ACM BS Dhanoa was briefed in detail about the exercise. After the briefing, the CAS visited the USAF and IAF detachments. He interacted with members from both the Air Forces and complimented them for their professional approach and conduct.

Ex Cope India 2018 is a testimony of the growing Indo-US military relationship. In the past, IAF has participated in International exercises with USAF including the Ex-Red Flag. Recently for the first time, IAF had participated in Ex Pitch Black at Darwin, Australia in which 130 aircraft from 16 countries took part.