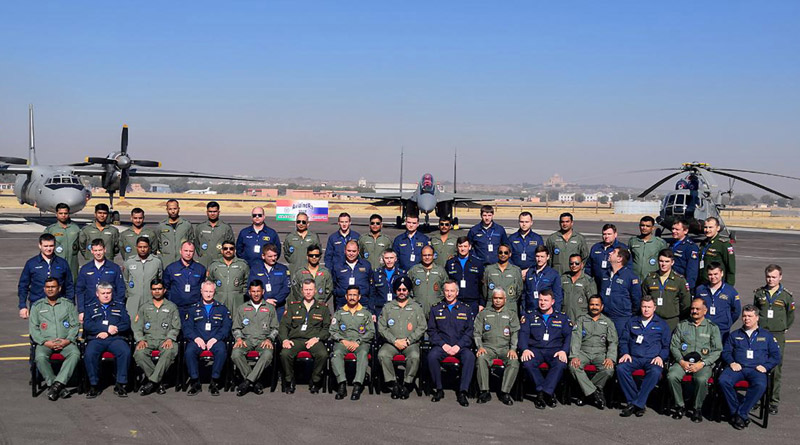 The second edition of Ex AVIAINDRA is aimed at exposing RFASF and IAF pilots to single/multi aircraft missions in a counter terrorism scenario within the predefined scope. The 30-member RFASF contingent comprises of fighter, transport and helicopter pilots.


The CAS was briefed in detail about various phases of the exercise and was apprised of its progress. Post briefing, he visited the RFASF and IAF detachment, and interacted with the personnel from both the countries.

During the interaction, Dhanoa welcomed the RFASF team and emphasised the importance of joint exercises, as they create an environment of camaraderie and provide an opportunity to learn from each other’s best practices. He spoke about the long standing military partnership between RFASF and IAF and the common equipment that both the nations operate. He complimented the efficacy of Russian equipment, as it has played a pivotal role during various IAF air campaigns.

The exercise is a testimony of the Indo-Russian military relationship and would enhance mutual cooperation and understanding between the forces of two countries.