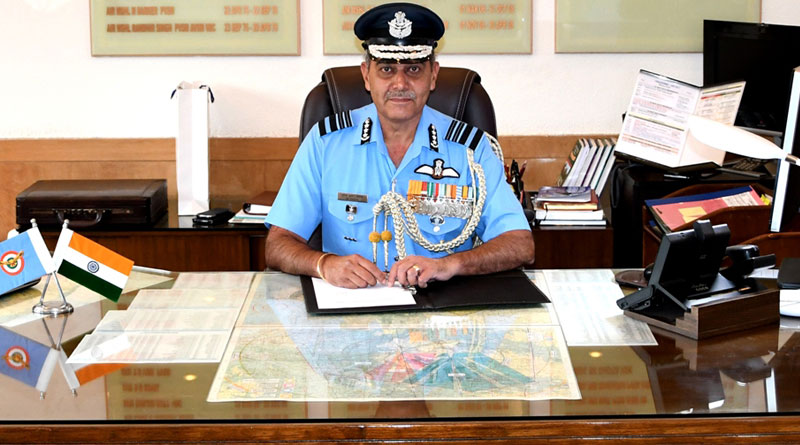 The new Air Officer Commanding-in-Chief inspected the Guard of Honour and laid a wreath at Training Command War Memorial to mark this occasion.

An alumnus of the National Defence Academy, Air Marshal Ghotia was commissioned in the fighter stream of Indian Air Force in December 1981. He is a Qualified Flying Instructor with more than 1000 hours of instructional experience.

The Air Marshal has held various appointments which include Commanding Officer of a Fighter Squadron, Chief Operations Officer and Station Commander of a Forward Air Base in South Western Air Command.

An alumnus of the Air Staff Course at Wellington, he also served as Directing Staff at Defence Services Staff College. The Air Marshal has undergone the Higher Air Command Course at College of Air Warfare where he stood First. Prior to assuming the present appointment, he was Senior Air Staff Officer of Training Command.

He was awarded Vishisht Seva Medal in 2007, besides Commendations by Chief of Air Staff in 1998 and by Air Officer Commanding-in-Chief, Western Air Command in 1994. Air Marshal SK Ghotia is married to Mrs Nirmala Ghotia who assumed charge as President Air Force Wives Welfare Association (Regional).