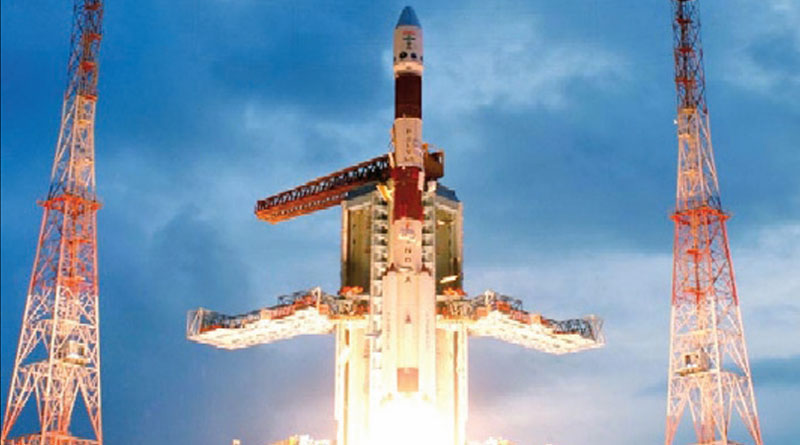 The Union minister of state (independent charge) of the ministry of development of north eastern region (DoNER), MoS PMO, Personnel, Public Grievances & Pensions, Atomic Energy and Space, Dr Jitendra Singh, on February 16 said that Indian Space Research Organisation (ISRO) is planning to launch Chandrayan-2 Mission around April this year. Chandrayaan-2 is the country’s second mission to the moon, he added. He was addressing a press conference on the achievements of Department of Space and Department of Atomic Energy, on February 16. Chandraayan-2 is a challenging mission because for the first time it will carry an orbiter, a lander and a rover to the moon. He said that it is a matter of pride that ISRO is launching Chandrayaan-2, which will place India at a new height in space technology.

Speaking on achievements of Department of Space, the minister said that ISRO has achieved many milestones in the recent years which include launch of 104 satellites in single mission in February last year and the launch of South Asia Satellite which will boost ties with neighbours. He said that India is a frontline nation in the field of space technology and the scientists need to be complimented for it. The space technology is being utilised by various ministries and departments e.g. in Smart City Mission, preparation of utilisation certificates in ministry of DoNER etc.

Regarding Department of Atomic Energy, Singh said that India is using the technology for peaceful purposes and its applications have been diversified in various fields including electricity generation, agriculture and health sectors. He said that very soon it will be the source of meeting energy needs of the country in a cost-effective manner. The Bhabha Kavach, a light weight bullet-proof jacket, has been developed for security forces, he added.

The secretary, Department of Space and Chairman Space Commission Dr Sivan K. said that the total cost of the Chandrayaan-2 mission will be about Rs 800 crore. He added that if the mission’s launch could not take place in April due to unsuitable weather, the window for launch will be open till October this year. He also presented the achievements of Department of Space in the last four years. He said that ISRO has successfully accomplished 48 missions, including 21 Launch Vehicle missions, 24 Satellite missions and three Technology Demonstrators. He also said that South Asia Satellite is a Common Network for Disaster Management Support, Meteorological Data sharing, connectivity of academic, scientific and research institutions, etc. He also spoke on the upcoming missions of ISRO.