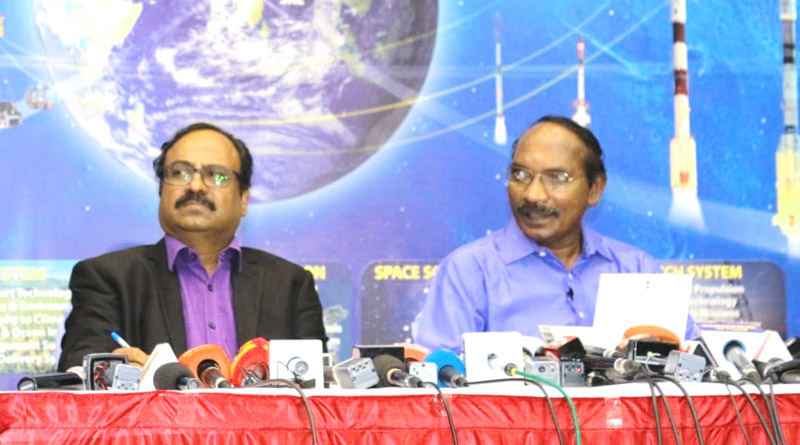 Gaganyaan mission to launch Indians to the space for 7 days, may include women astronauts

ISRO chief K Sivan in a press conference at the ISRO headquarters in Bengaluru on 11 January 2019 confirmed the date of India’s second mission to the moon, Chandrayaan-2, which will be before April-end. He said that this year, the space organisation had 32 missions on the anvil, compared to the 16 missions last year.

After multiple delays, Chandrayaan-2, is finally being readied for the launch between March and April. The mission involves landing a rover near the South Pole of the moon, which is still unexplored, Sivan said. Answering a question he said, the rover will cover a maximum of 500 metre radius, with an aim to analyse the sub-surface structure. The mission will have three parts – Orbiter, Lander and the Rover. The Lander, according to the new plan, will be sent around the moon in an elliptical orbit before the eventual landing on its surface.

The ISRO chief also made the announcement of the much-awaited Gaganyaan programme, under which India will send humans to space. He said the Gaganyaan programme approval will be a major milestone for ISRO, and a brilliant start to 2019. The programme will usher in a major expansion of ISRO, as the exercise will involve selecting the crew, training them for spaceflight, ensuring safe return to earth and creating life support systems for a successful mission.


The mission involving human transportation in the payload is a first for ISRO and will require addition of a space infrastructure to the current three verticals. The mission whose target is to put 3 astronauts in space for 7 days will be a turning point for the coveted space organisation, he said. The manned mission may involve women astronauts on board, announced the ISRO chief, saying, he would very much want women to be part of the programme.

The ISRO announced the establishment of human space flight centre, for the first time in India. Sivan said the future human space flights will operate under the space flight centre, including the Gaganyaan mission whose unmanned test mission is slated in December 2020, the second unmanned mission on July 2021. The first manned mission is targeted to happen on December 2021. He said the entire team of ISRO is geared up to make this happen before the deadline and the development is in progress.

ISRO is also holding a demonstration of the new and innovative SSLV, the Small Satellite Launch Vehicle, which is under development, the maiden flight of which will happen in July 2019. SSLV is a very small vehicle with 100 tonne mass, extremely low cost launch planned this year. It will launching small satellites with a payload up to 500 kg.

The launch of GSAT-20 this year is a major milestone for the agency, the satellite will complete government of India’s Digital India programme. The ISRO chief said that the space agency needs to provide high bandwidth connectivity, around 100 GBPS to India and with GSAT-20, along with other two satellites will meet this requirement and this launch will happen by September-October 2019. With this satellite, ISRO will also provide in-flight connectivity to the aircraft in India.

The space agency is also going to test its reusable launch vehicle this year. According the Sivan, ISRO is banking high on such an innovative concept in launch systems where rockets can be reused helping to reduce costs.

In another major development, ISRO is shifting the production of PSLVs to industries. Sivan said a consortium has been created between L&T and HAL who will undertake the production of PSLV. The ISRO chief said the organisation is now delegating manufacturing work to industries, with nearly 85 to 95 percent of the money and work lying with the industry. ISRO can build capacity and focus on more and more launches. The ISRO’s role will be mostly quality control, checking and carrying out new research and development, which will help meet the increased demand of the space launches in future.

He said budgets are never a constraint, have received the funds for all proposed projects.