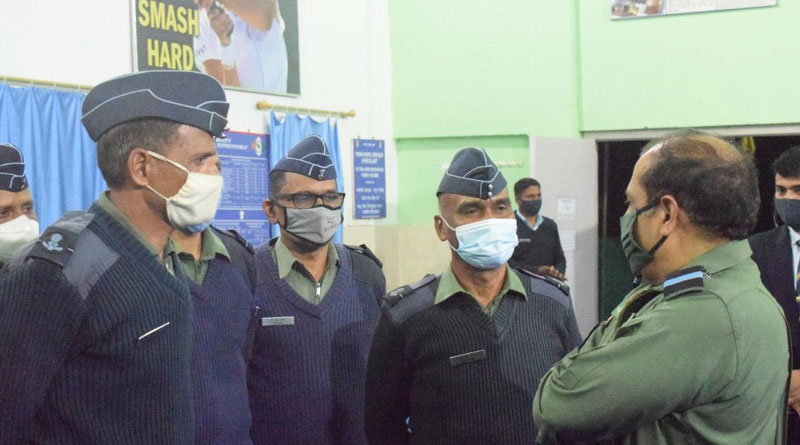 Air Chief Marshal RKS Bhadauria undertook a visit to Air Force Stations and Advanced Landing Grounds (ALGs) in Eastern Air Command area of responsibility (AoR) from 5 to 7 January. During the visit, CAS interacted with senior IAF & Army commanders and reviewed operational preparedness of units deployed at these locations. He also visited Itanagar to call on Governor and Chief Minister of Arunachal Pradesh.

Besides sharing key focus areas for furthering IAF’s ongoing transformation with air warriors, the CAS flew with aircrew from transport and helicopter fleets that operate extensively in Sikkim and North East sectors. He lauded their contribution in accomplishing all operational as well as humanitarian assistance tasks successfully while operating in a difficult terrain and an extremely challenging operational environment. He also praised sustained efforts by all personnel deployed within the AoR towards maintaining proficiency in envisaged roles and urged them to continue discharging their duty with diligence.

The CAS conveyed his satisfaction in the manner stations and units maintained their combat potential throughout the year gone by, despite stringent COVID-19 protocols.