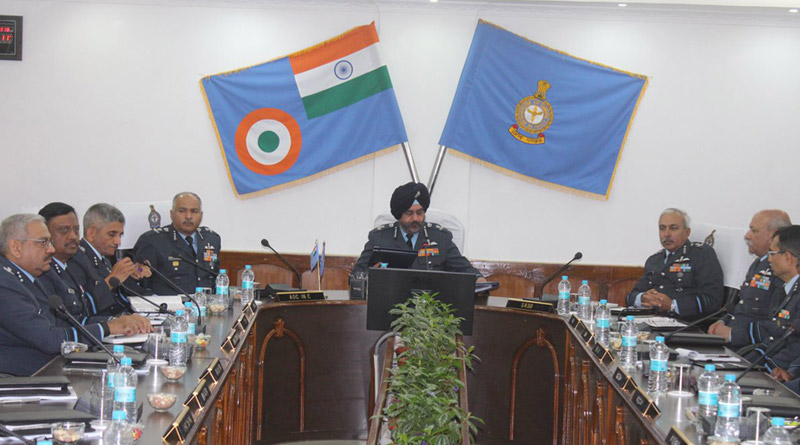 Chief of Air Staff, Air Chief Marshal Birender Singh Dhanoa, on November 22, reviewed the security scenario in the North East and urged the station commanders of the Eastern Air Command (EAC) to upgrade its operational capability at EAC Commanders’ Conference in Shillong. He inaugurated the same and updated the commanders on infrastructure and security in the region. Air Officer Commanding-in-Chief of the EAC, Air Marshal Raghunath Nambiar received and introduced the commanders to ACM Dhanoa at the Advanced Landing Ground helipad in Upper Shillong. The personnel of the EAC HQ presented ACM Dhanoa with a ceremonial guard of honour.


Earlier on November 21, ACM Dhanoa reviewed the progress of the various operational tasks of the EAC headquarters. During the conference, the CAS awarded trophies to the commanders for achieving excellence in the fields of operations, maintenance and administration. The Air Force Station in Guwahati won the ‘Pride of the EAC’ trophy for the best overall performance while the Air Force Station in Salua was awarded the ‘Best Non-Flying Station’ trophy. ACM Dhanoa exhorted all field commanders asking for a determined contribution towards the endeavour of the organisation to upgrade the operational capability of Eastern Air Command.