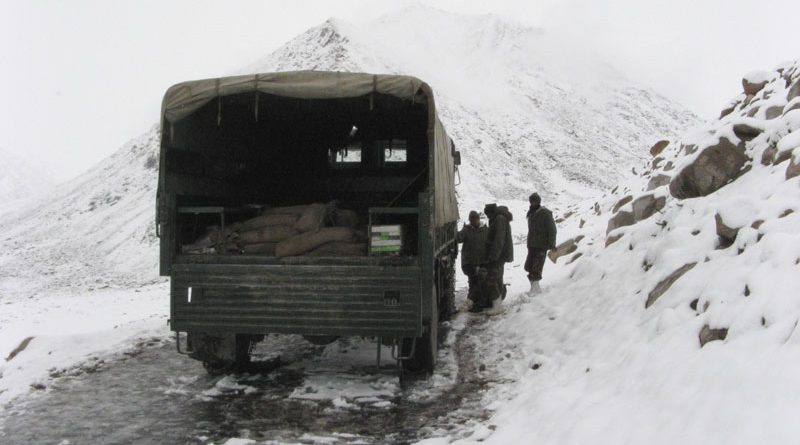 BRO has also introduced modern construction methods after successful trials to expedite works on surfacing with cementations base, use of plastics, geotextiles, etc

Defence Minister Rajnath Singh on 7 July 2020 chaired a high level meeting to review the progress of various infrastructure projects under construction in border areas. The Border Roads has also inducted latest equipment and machines and has introduced modern construction methods after successful trials to expedite works on surfacing with cementations base, use of plastics, geotextiles, etc and various techniques for slope stabilisation. Trials have also been carried out successfully for indigenously produced modular bridges in collaboration with Garden Reach Shipbuilders & Engineers Limited (GRSE). This will revolutionise the bridge laying capabilities in forward areas.


During the meeting, the state of forward connectivity to border areas was reviewed and the consistent need of boosting the ongoing projects and to expedite the construction of strategic roads, bridges and tunnels in the border areas was discussed. The Border Roads has executed 30 per cent more works in financial year (FY) 2019-20 as compared to FY 2018-19, according to the official statement.

The BRO has worked during the restrictions imposed due to COVID-19 without affecting the progress of various projects. Despite unprecedented snowfall, breaking 60 year old record, all strategic passes and roads were cleared this year for traffic about one month before their average yearly opening dates. The Border Roads executed snow clearance works on 149 roads (of 3,965 kilometres) in Jammu and Kashmir, Ladakh, Himachal Pradesh, Uttarakhand, Sikkim and Arunachal Pradesh. This ensured rapid and early movement of troops and logistics to forward areas.