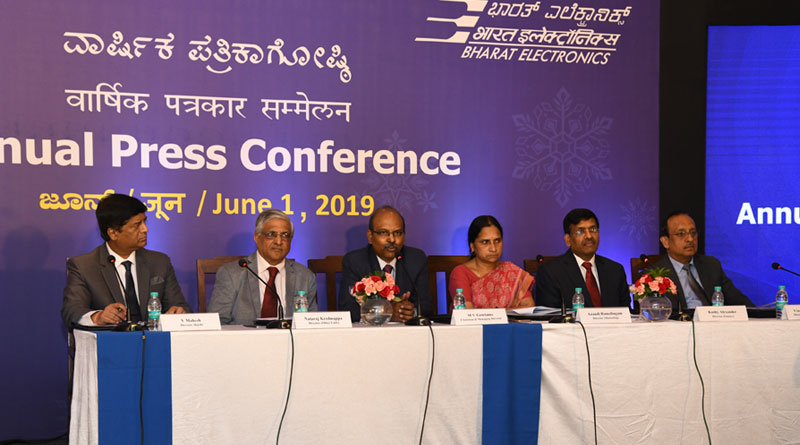 These details were revealed at BEL CMD’s annual press conference held in Bengaluru on June 1, 2019. BEL CMD M.V Gowthama briefed the media on the occasion. The CMD said that BEL achieved turnover of INR 11,789 Crores (audited) during the Financial Year 2018-19, registering a growth of 17% over the previous year turnover of INR 10,085 Crores.


The CMD pointed out that BEL had delivered vital components for the LRSAM and MRSAM. “When it comes to Akash missile system, the BEL CMD said that, “We took the complete seeker technology from DRDO. We manufactured, assembled, integrated, tested and finally handed over the seeker to DRDO.”

Talking about the Akash Ng or Next Generation system, the BEL CMD said that work was progressing. “The Army has issued RFP to BDL. BDL is developing the land version of the system. Being a partner to BDL, we have responded to the enquiry. We expect Army to negotiate and finalise the order within the financial year,” he added.

Responding to the EVM controversy, Gowthama said, “there was not a single case of mismatch between EVMs and VVPATs supplied by BEL.” He further added that over 10 lakh EVMs were supplied by BEL to the Election Commission with the rest being procured from ECIL.