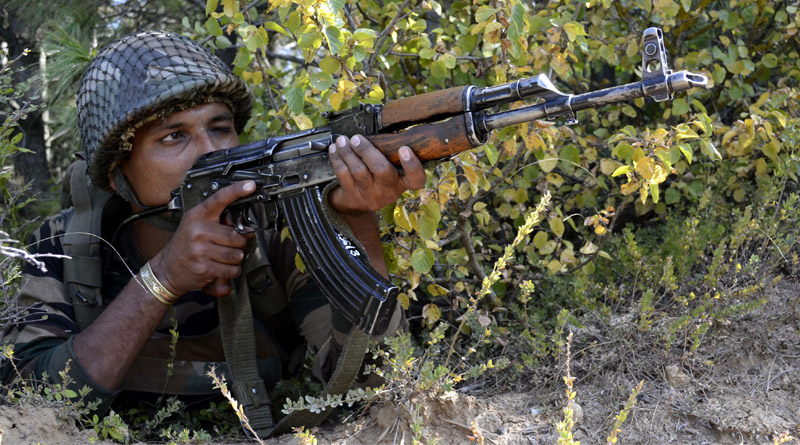 After concluding a deal for 94,000 carbines with UAE’s Caracal, the Army wants to buy another 3,60,000 rifles for its soldiers serving in J&K

The Indian Army is finally concluding a deal for 94,000 close quarter battle (CQB) carbines. The Indian Army has chosen UAE arms firm Caracal’s CAR 816 as its preferred choice of weapon.

The Indian Army has also issued a ‘supplementary request for information’ to buy 3,60,000 more carbines. The criteria being that the assault carbines have to be manufactured in India to replace the army’s ageing in-service Sterling 9mm carbines.

The impending order for 93,895 carbines will be completed over a year’s period by UAE’s Caracal at its production facility located at the Tawazun Industrial Park in Al Ajban near Abu Dhabi.


The fresh contest for 360,000 more carbines will possibly see the Caracal CAR 816 face off against other carbines. The other contenders include Thales F90 among several others.

The earlier contest for 93,895 carbines had seen U.S. firm Colt and Italian firm Beretta walk out while Belgium’s FN Herstal and Germany’s Heckler & Koch did not even care to take part in the contest due to the way the Indian government has been procuring firearms for the Army.

The Army has also chosen the Sig Sauer 716 to replace the problematic INSAS rifle. Besides this, India and Russia are also finalising a deal to manufacture the 6,50,000 latest AK-103 rifles in India which will be manufactured by the Ordnance Factory Board (OFB).

A report tabled in the India Parliament has pointed out that the Indian Army was lacking basic assault rifles for troops in J&K. The deal to acquire carbines seems to have been beset with problems. The deal with Caracal had seen formal protests by Thales and Korea’s S&T Motiv.

Earlier this month, the Indian Army revealed that it had chosen to procure unspecified number of two new sniper rifle types for infantry units deployed on the LOC with Pakistan-occupied Kashmir.

The army wants sniper rifles that can fire Lapua Magnum ammunition as it looks to replace the Soviet era Dragunov rifles its soldiers operate.