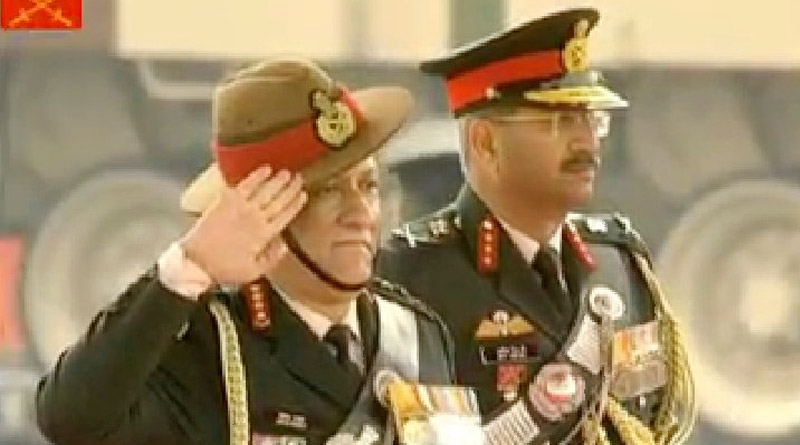 The Indian Army celebrated its ‘Army Day’ on January 15.

The ceremony took place at the Amar Jawan Jyoti (Flame of the immortal soldier) in New Delhi. Amar Jawan Jyoti is an Indian memorial constructed after the Indo-Pakistani War of 1971 to commemorate the martyred and unknown soldiers of the Indian Armed Forces who died during the war.

COAS General Bipin Rawat greeted all soldiers on the occasion and said that India was effectively dealing with Pakistan-backed insurgents. “We are ensuring moral dominance along border in Jammu and Kashmir,” added the Army chief.


The COAS also alluded to the fact that India was constantly modernising its arsenal to deal with threats effectively. The Army Chief also added that there would be no shortfalls when it comes to protecting India’s border against China.

Minister of Youth Affairs and Sports Rajyavardhan Rathore too chimed in with a tribute and tweeted, “Let us proudly honor our army”. Defence Minister Nirmala Sitharaman tweeted, “Greetings and good wishes to all ranks, families, veer nari-s, veterans and all the fraternity of the armed forces on 71st #ArmyDay. You put #NationFirst and we shall remember that always.”

Army Day was celebrated at Army establishments all across India.